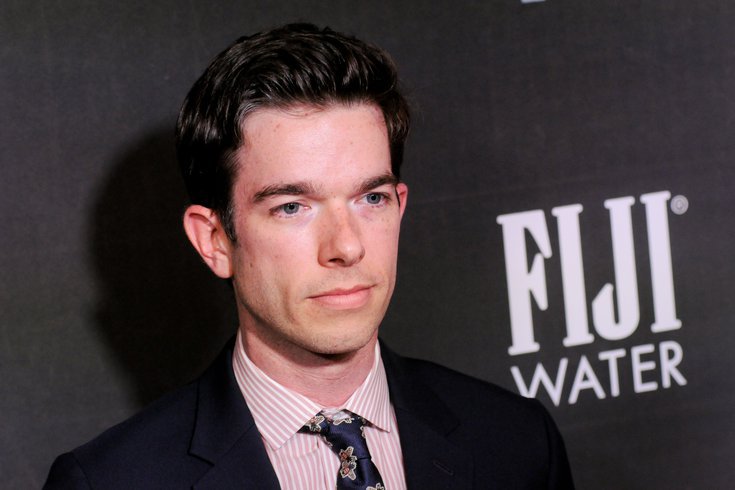 In December, comedian John Mulaney checked into a rehab facility in Pennsylvania for a 60-day stay to address his cocaine and alcohol addiction. He'll be returning to the stage in New York City for the first time since from May 10-14.

Comedian John Mulaney makes his return to the stage this month for a sold out stand-up residency in New York City, less than three months after completing a 60-day stint at a Pennsylvania rehab facility for cocaine and alcohol addiction.

The 38-year-old comic is appearing at Manhattan's City Winery for five shows, dubbed "John Mulaney: From Scratch," running from May 10-14. The shows are already sold out, but City Winery has a wait list option for those who are holding out hope.

The "Big Mouth" star checked into the Pennsylvania rehab in December after a tumultuous year dealing with the coronavirus pandemic and concerning signs during an appearance on Seth Meyers' "Late Night" show, where he had been hired as a writer.

Mulaney checked out of the rehab facility in late February and has continued to receive outpatient sober care, sources told Page Six at the time.

Prior to entering rehab, Mulaney had been open about his past struggles with addiction, detailing his problems with alcohol and cocaine in a 2019 interview with Esquire. He had been sober since 2005 before he began experiencing issues again during the pandemic, which disrupted his career.

At the time Mulaney checked into rehab, he received an outpouring of support from fans, other comedians and celebrities including Patton Oswalt, Olivia Munn and Katie Nolan.

It's not yet clear when Mulaney might schedule additional live stand-up dates, but it's impossible to imagine a world in which he doesn't have amazing stories to share about rehab. Considering it was somewhere in Pennsylvania, there's a bit of added interest in his experience and the lessons he's learned in his recovery.