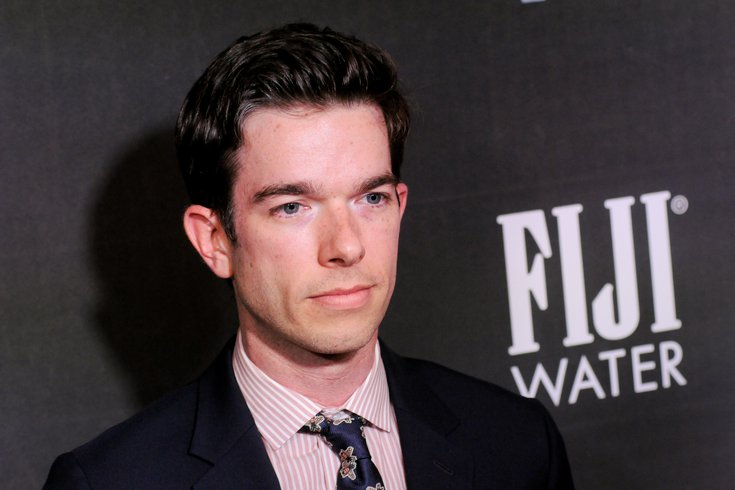 Comedian John Mulaney, 38, is seeking treatment for struggles with alcohol and cocaine abuse.

The 38-year-old stand-up has been open about his past issues and "has struggled again during the pandemic," a source told PageSix on Monday.

"John’s friends and family are happy that he’s finally getting some help and focusing on his health," the source added.

It's unclear where in Pennsylvania Mulaney has sought help, but he's expected to remain in treatment for 60 days.

Though Mulaney often presents himself as the neurotic product of his fussy Catholic upbringing, he's admitted in the past that he began drinking at 13 years old.

During an interview with Esquire in 2019, Mulaney admitted that he "loved" cocaine and would occasionally take prescription drugs. The comedian gave up drinking in his early twenties after one specific spiral of drinking in 2005.

“I went on a bender that weekend that was just, like, fading in and out of a movie," Mulaney said. "It was just crazy … I didn’t kill anyone or assault anyone. But yeah, I was like, You’re f***ing out of control. And I thought to myself, I don’t like this guy anymore. I’m not rooting for him.”

Mulaney was able to quit drinking and drugs cold turkey at the time, catapulting him into what has become one of the most promising and celebrated comedy careers of the past decade-plus.

Recently, Mulaney had accepted a staff writer job on "Late Night With Seth Meyers" to give him more structure during the coronavirus pandemic, which seems to be a major source of his struggles in 2020. Alcohol consumption has risen sharply across the United States during the COVID-19 crisis.

In response to news of Mulaney's admission into rehab, fellow comedians and fans rallied to support him.

Much love to @mulaney ❤️

Never, ever be ashamed of being brave enough to ask for help. https://t.co/i6SjoUqNZG

Sending SO MUCH love and support to John Mulaney. You got this. ❤️⚡️

john mulaney has helped so many of us get through our lowest moments. i hope he knows we’re all here for him in return 💕 #weloveyoujohnmulaney

let the news of john mulaney be a reminder to us all that we are going through a collective trauma with this pandemic, and for many of us that’s on top of struggles we were already having. check on your people. asking for help isn’t cowardly, it’s courageous.