The film will become available on the streaming service on Wednesday. 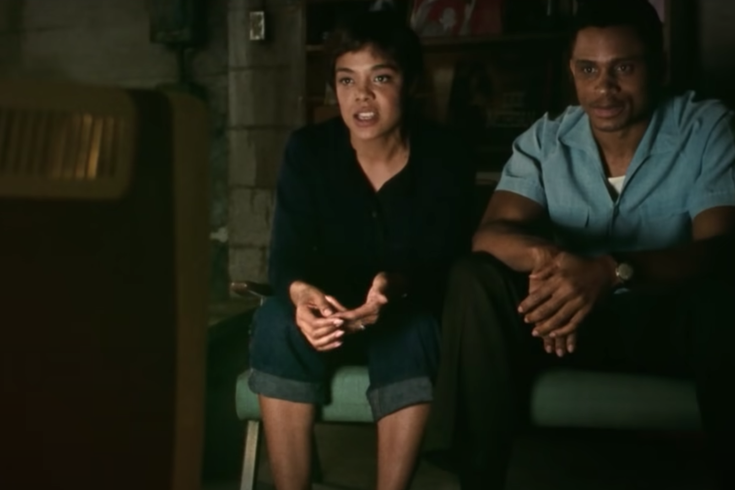 The film is set in the summer of 1957 in New York City. Asomugha plays a saxophonist named Robert, while Thompson plays the title character Sylvie — an aspiring television star who works in a Harlem record shop.

When Robert takes a part-time job at the record store, a friendship and romantic relationship evolves between both he and Sylvie.

Directed and written by Eugene Ashe, the film made its world premiere at the Sundance Film Festival this past January.

"Sylvie's Love" will become available to stream on Amazon Prime Video on Wednesday. You can watch the film's trailer here.

Since his days as a professional football player, the 39-year-old Asomugha has turned his career toward acting.

During his football career, Asomugha was a four-time All-Pro and three-time Pro Bowl selection, and he played two of his 11 NFL seasons in Philadelphia.

Asomugha had his breakout acting performance in 2017 in the film “Crown Heights,” and his latest venture was as the star of a Broadway show called “A Soldier’s Play.”

His acting career also has not been hurt by being married to critically-acclaimed television and movie star Kerry Washington.

In an interview with HBO's "Real Sports with Bryant Gumbel" this August, Asomugha talked about the similarities between football and acting.

Asomugha also discussed why he did not think that he could find something he loved as much as football, but that acting brought him the same rush he felt on the football field.

Meanwhile, the 37-year-old Thompson became a familiar face in the Philly region after she starred as Bianca Taylor in both "Creed" and "Creed II," the sequel film series to the "Rocky" movie series.

Along with the "Creed" films, Thompson has also starred in the HBO television series "Westworld," as well as fictional super-heroine Valkyrie in a pair of Marvel Cinematic Universe movies — "Thor: Ragnarok" and "Avengers: Endgame."