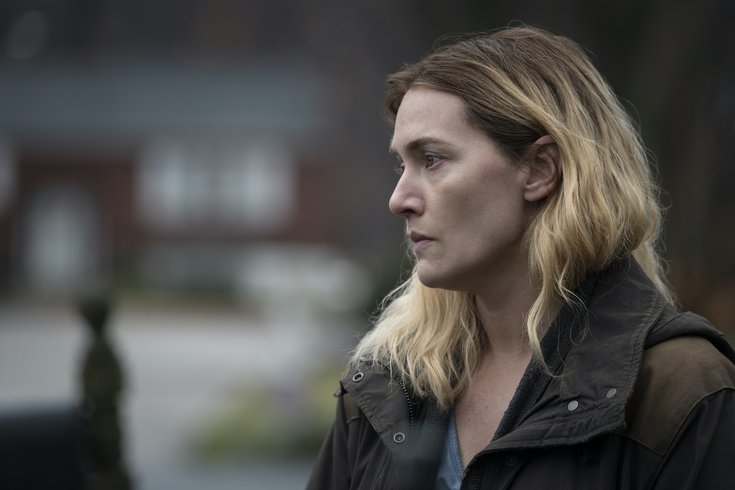 Kate Winslet and her family frequently rewatch Saturday Night Live's 'Murdur Durdur' skit because it makes them laugh so much.

One might say that actress Kate Winslet's seven Academy Award and three Emmy Award nominations are the crowning achievements of her critically-acclaimed career.

But the "Mare of Easttown" star would say, albeit jokingly, that Saturday Night Live's obnoxious "Murdur Durdur" sketch mocking the HBO limited series was the greatest honor of her acting career.

"I have never felt so validated as an actor in my entire life as I now do because of 'Murdur Durdur,''' Winslet told Entertainment Weekly.

Winslet her family frequently rewatch the sketch together because it makes them laugh so much, she said.

"Every now and then in our household we'll be like, 'Oh, should we just quickly watch it?' And we'll crowd around the iPhone crying with laughter," Winslet said.

Kate Winslet was touched by #SNL's #MurdurDurdur sketch and had “never felt so validated as an actor in my entire life.” pic.twitter.com/2bvpfsLNVk

The SNL sketch spoofed the murder-mystery show and an abundance of Philadelphia cultural references, most notably the accent that the characters portrayed.

The premise of the sketch was a commercial for a show, called "Murdur Durdur," about a Pennsylvania detective determined to solve a murder case, echoing the "Mare of Easttown" plot.

Kate McKinnon impersonated Winslet's character, though she went by Care instead of Mare. A narrator described McKinnon's character as "an actress with a messy ponytail that says 'forget I'm actually British.'"

Fans applauded Winslet for her impersonation of the region's unique dialect throughout the show. Winslet said that doing the accent well was important to her when she signed onto "Mare of Easttown." But she admitted it was one of the most challenging dialects ever required of her, saying that it made her "throw things."

"Mare of Easttown," set and filmed in Philly's western suburbs, followed detective Mare Sheehan — Winslet's character — as she sought to solve a murder investigation and two missing persons cases while navigating through her own life struggles.

Winslet's portrayal earned her an Emmy nomination for outstanding lead actress in a limited series. She last won an Emmy in 2011 for her work on HBO's "Mildred Pierce."

All seven episodes of the limited series are now available to stream on HBO Max.