'Betty White: A Celebration' to be shown in local movie theaters Jan. 17 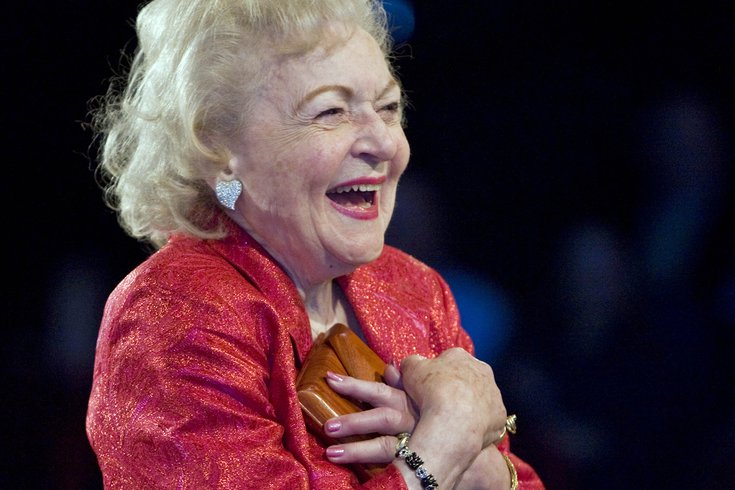 'Betty White: A Celebration' will be shown in several movie theaters across the Philadelphia region on Jan. 17.

Betty White died Dec. 31 at the age of 99, but a film honoring her life and critically-acclaimed acting career will go forward as planned on what would have been her 100th birthday.

"Betty White: A Celebration" will be shown for one day only on Jan. 17 in movie theaters across the country.

The film was originally put together as a tribute to White for reaching the centenarian milestone. But after her death on New Year's Eve, the film's producers reformatted the documentary so that it could still be shown as previously planned.

The movie will feature White's final interview and a behind-the-scenes look at some of her most iconic sitcom roles.

White was perhaps best known for her Emmy Award-winning roles as Sue Ann Nivens on "The Mary Tyler Moore Show" from 1973-1977 and Rose Nylund on "The Golden Girls" from 1985-1992. She also earned an Emmy nomination for her role as Elka Ostrovsky in "Hot in Cleveland" from 2010-2015 and made a memorable appearance in the 2009 romantic comedy "The Proposal."

White had the longest career ever for a female entertainer, according to the Guinness Book of World Records. Her accomplishments earned White a star on the Hollywood Walk of Fame and a spot in the Television Hall of Fame.

"I feel so fortunate to have had as great of a career I've had for as long as I've had," White said in the film's trailer.

The film will also consist of interviews with a star-studded list of celebrities who considered White a friend.

Among those who will be featured in the film include Tina Fey. The Upper Darby, Delaware County native made a guest appearance on "Saturday Night Live" in 2010 when White hosted the sketch comedy show.

The two actresses performed together in a skit that centered around a census taker asking straight-forward questions to an older woman who can't seem to provide clear answers. The SNL performance earned White an Emmy Award.

Tickets are available for $13. Showtimes are scheduled for 1 p.m., 4 p.m. and 7 p.m. on Jan. 17. A complete list of movie theaters in the Philadelphia region that will be showing "Betty White: A Celebration" can be found on Fathom Events' website.