You can get the 111-year-old, South Philly shop's specialty sent where ever you'd like – but it will cost you 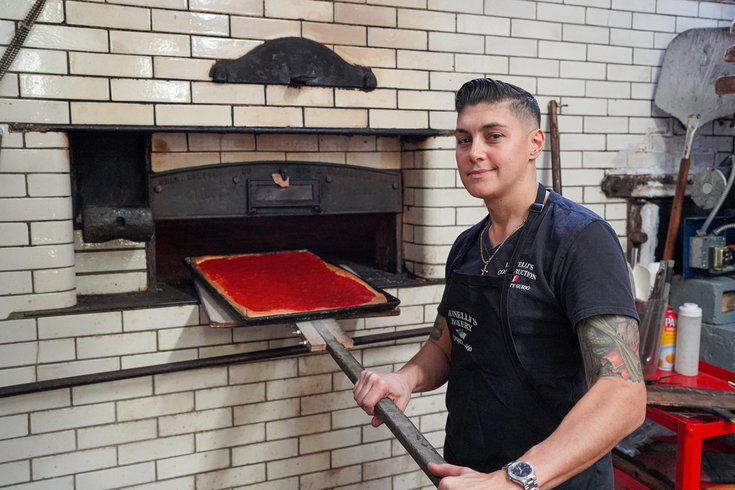 Transplants from Philly no longer have to return to their hometown to get a taste of the beloved tomato pies from Iannelli's Brick Oven Bakery – starting this weekend, the 111-year-old, family-run, South Philly business will begin shipping its tomato pies nationwide.

Vincent Iannelli, the third-generation owner of the bakery at 1155 E. Passyunk Ave., inherited Iannelli's and its recipes from his grandparents, and he already sells Iannelli's four varieties of gravy online.

One of the family's oldest specialties is the crab gravy, made with blue claws Iannelli catches at the Jersey Shore.

For the tomato pie deliveries, 25 will become available for purchase on the bakery's website on Saturday. Iannelli will only make 150 pies each month for delivery.

"It's all about quality and not quantity," Iannelli said. "I make everything myself."

Iannelli's tomato pies only come in one size, 18-by-24 inches. One pie is enough to feed five to six people, and they are not cheap to have shipped: $60 for the tomato pie plus shipping. The deliveries will be shipped on Mondays and Tuesday using insulated boxes and freezer packs.

Anyone ordering for delivery to the Midwest or West Coast must pay for expedited shipping so it arrives fresh.

Baking instructions will be included, but they are as simple as defrosting the pie and baking it at 350 degrees for about 10 minutes.

Iannelli said he plans to expand his online offerings in the future by adding do-it-yourself pizza packages, featuring seasoned pans from the bakery and at-home cookie-making kits.

High-end frozen pizzas from esteemed local shops became a big trend in the early months of the pandemic, when people had no choice but to get their favorite pies shipped. It originated, in part, with Dave Portnoy of Barstool Sports and his daily pizza reviews; he switched to frozen pies so he could keep pumping out content through the COVID-19 shutdown.

Portnoy has highlighted some standout pizzerias in the region. He has reviewed Angelo's Pizza in Bella Vista; Tacconelli's Pizza in Port Richmond which he visited with Bryce Harper and Kevin Hayes; as well as Papa's and DeLorenzo's Tomato Pies, both in Robbinsville, New Jersey.