The civic position includes a $5,000 stipend and support for a community project based on her personal philosophy 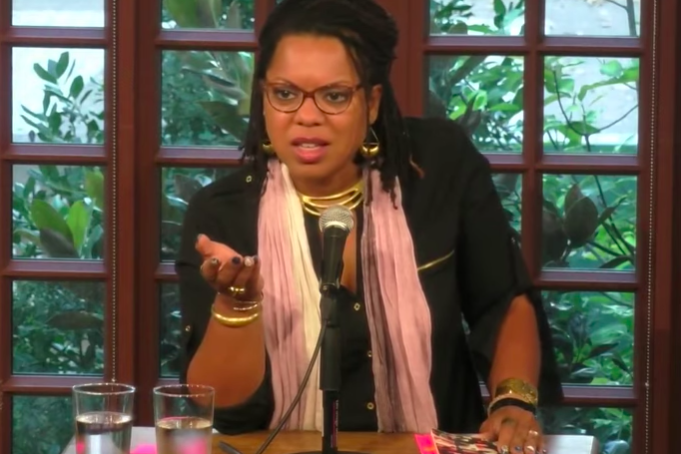 Airea D. Matthews is Philadelphia's new poet laureate. Her two-year term began on New Year's Day. The head of the poetry department at Bryn Mawr College, Matthews is an award-winning poet and graduate of the University of Pennsylvania. Pictured above is her reading from her first collection, "Simulacra" at Penn's Kelly Writers House in 2019.

She will serve as a representative of the city's growing poetry and literary scene through the end of 2023.

Matthews' first poetry collection, 2016's "Simulacra," won the Yale Series of Younger Poets prize. Her work has been spotlighted in several local and national outlets, including Harvard Review and Los Angeles Review of Books. Her poem titled "From the Pocket of His Lip" was recently featured in New York Times Magazine.

"Airea is a poet who is unafraid of the shadows or strangeness of questions," the Free Library of Philadelphia's statement reads. "Her work experiments with the edges of narrative and embraces the complexities and joy at the center of a life of poetry. Her poems seem to beg the question of what a poem is, what shape it can take, and what music it can invent."

She currently works as the co-director and assistant professor of Bryn Mawr College's Creative Writing department.

The Free Library of Philadelphia has lead the city's poet laureate program since 2017. Matthews will work closely with the current youth poet laureate – Little Flower Catholic High School junior Andre'a Rhoads – through the remainder of her term, which concludes at the end of 2022.

The civic position includes a $5,000 stipend and support for a community project, which each laureate creates based on their own personal philosophies on poetry and its impact on the community.

Philly's last poet laureate, Trapeta Mayson, used her position to create the Healing Verse Phone line. The toll-free hotline features a new Philly-adjacent poet each week to discuss mental well-being. Mayson worked in partnership with the Water Department to host poetry workshops in Germantown focused on flooding and public rain art. She later worked in partnership with Mural Arts Philadelphia on additional poetry workshops with residents of East and West Kensington who have been impacted by substance abuse and housing insecurity.

The result of the Kensington workshops – a community poem entitled "our story of us" – is now featured on the rooftop of 2400 Kensington Ave.

Matthews tells WHYY that she thinks poets underestimate the power of "the saying," and the ways in which words can change the way people think and feel. When asked about her plans for a potential community project, she said she wants to bring poetry to people who don't know where to look for it.

"And so I'm trying to find ways to turn these text-based sayings into public exhibits," she said.

Her son, Wes Matthews, was previously named as Philadelphia's youth poet laureate in 2018, when he was a senior at Science Leadership Academy.