Pennsylvania, New Jersey among states losing the most residents to migration 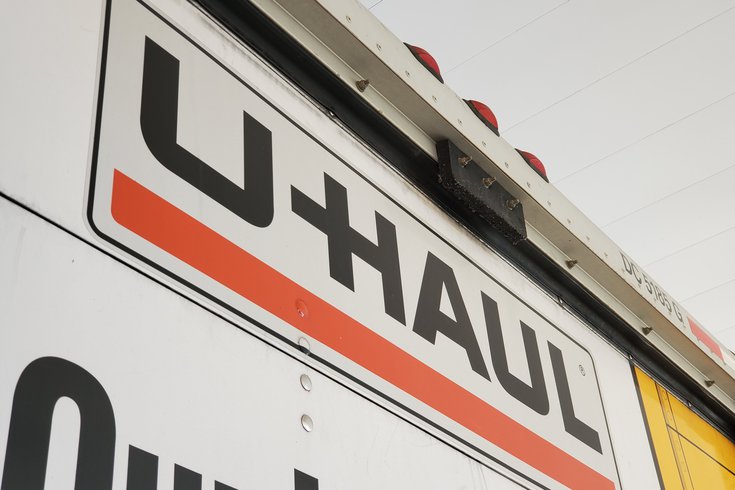 Pennsylvania ranked 48th on U-Haul's annual state growth list, which reflects the amount of inbound and outbound one-way U-Haul trips. Both New Jersey and Pennsylvania saw population losses due to migration in 2021.

Pennsylvania and New Jersey are among the states with the highest numbers of departing residents, according to annual end-of-year reports.

Diminishing populations remain a trend nationwide, with the COVID-19 pandemic particularly impacting population growth over the last two years. But Pennsylvania and New Jersey also are losing residents to other parts of the country.

According to U-Haul's annual growth states report, Pennsylvania ranked 48th for growth in 2021. New Jersey ranked 36th, up from 48th in 2020. The migration list, released Monday, is based on the number of one-way U-Haul trips into and out of each state.

Texas led the list, narrowly beating out Florida for the top spot in what U-Haul called a pandemic-related "Southern migration."

As the impact of the COVID-19 pandemic continues to restrict travel and influence personal finances, states like California and Illinois rank at the bottom of the list, showing the highest levels of loss in the country.

A separate report conducted by the U.S. Census Bureau ranked Pennsylvania sixth in numeric population decline between 2020 and 2021, with a loss of 25,569 people. New Jersey ranked ninth, with a loss of 12,613 people.

The Census Bureau report observed the lowest percentage of national population growth in U.S. history. The U.S. grew by just 392,665 people, a 0.1% growth from 2020.

"Population growth has been slowing for years because of lower birth rates and decreasing net international migration, all while mortality rates are rising due to the aging of the nation's population," said Kristie Wilder, a demographer in the Population Division at the Census Bureau.

"Now, with the impact of the COVID-19 pandemic, this combination has resulted in a historically slow pace of growth."

The South saw the greatest number of domestic migrations – residents moving from one area of the country to another, according to the Census Bureau. It is the most populous region of the country, with 38.3% of the national population.

The Northeast region was the least populous region in 2021, losing more than 365,000 residents to death or to another part of the country.

According to United Van Lines' National Movers Study, New Jersey topped the list for outbound movers. The primary reason people moved to New Jersey was to be with family, while the main reason for leaving was retirement.

Pennsylvania ranked 13th among outbound movers, with more than 35% of movers leaving for new jobs. Another 28% left for family reasons and 20% left for retirement.

Michael Stoll, economist and public policy professor at the University of California-Los Angeles, told U.S. News and World Report that the data compiled by United Van Lines is "indicative of COVID-19's impact on domestic migration patterns, with 2021 bringing an acceleration of moves to smaller, midsized towns and cities."

The popularity of remote work due to the COVID-19 pandemic has contributed to the exodus of residents from some densely-populated cities throughout the country, Stoll added.

This may be the case for in Philadelphia. The city's economic recovery continues to be impacted by the continuation of remote work, prompting a citywide initiative in 2021 aimed at reassuring Philadelphia's workers that returning to Center City's business district was safe and secure.

The interstate migration will impact Pennsylvania's congressional representation. It is one of seven states – mostly located in colder regions – to lose a House seat. Still, Pennsylvania remains one of the most populous states in the country, with nearly 13 million people.