Will Smith, Questlove, Adam McKay among nominees for 2022 Academy Awards

The 94th ceremony will be held on Sunday, March 27 at the Dolby Theatre in Hollywood 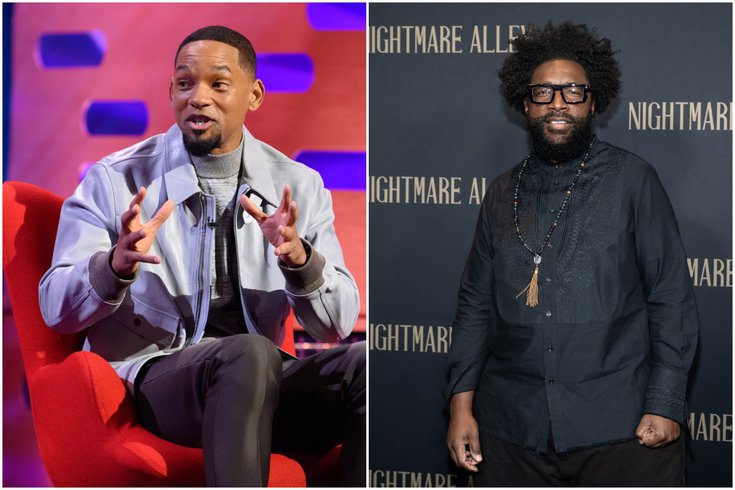 Will Smith and Ahmir 'Questlove' Thompson were among the actors, producers and directors from the Philadelphia region who received 2022 Oscar nominations Tuesday.

When the 94th Academy Awards ceremony takes place next month, the Philadelphia region will be well-represented with some of its best homegrown talent up for the most prestigious awards in film.

The 2022 Oscar nominations were unveiled Tuesday, and among this year's nominees are Will Smith, Ahmir "Questlove" Thompson, Adam McKay and Bradley Cooper.

Smith was nominated for best actor in a leading role for his portrayal of Richard Williams in "King Richard." It's the West Philly native's third nomination for best actor in his career. Smith was previously nominated in 2002 for "Ali" and in 2007 for "The Pursuit of Happyness."

"King Richard" tells the story of Serena and Venus Williams' father, who served as a driving force for their success in professional tennis.

Smith's performance in the film earned him the first Golden Globe Award of his career and an AAFCA Award last month. He's also been nominated this year for an NAACP Image Award, a SAG Award and a BAFTA Award.

"King Richard" received six Oscar nominations, including for best picture and best original screenplay. Smith also served as a producer on the film.

Questlove's directorial debut with "Summer of Soul" earned the Philly native his first Academy Award nomination. The film detailing the musical, historical and societal impact of the 1969 Harlem Cultural Festival was nominated for best feature documentary.

One of the event's producers filmed over 40 hours of footage from the summer series. Most of it never saw the light of day due to a lack of interest in the festival. It sat in boxes inside his basement for 50 years – until The Roots drummer was tapped to direct the documentary.

"Summer of Soul" has been nominated for best music film at this year's Grammy Awards, as well as a pair of NAACP Image Award nominations and a BAFTA nomination.

The Chester County native's lone Academy Award came in 2016 when he won best adapted screenplay for "The Big Short." McKay was previously nominated for best picture and best original screenplay in 2019 for "Vice."

Considered an allegory for the battle against climate change, "Don't Look Up" tells the story of how two astronomers must warn an unconcerned society about a looming apocalyptic threat heading towards Earth. The film's ensemble cast stars Jennifer Lawrence, Leonardo DiCaprio, Meryl Streep and Jonah Hill.

This marks Cooper's third best picture nomination as a producer. He was previously nominated in 2015 for "American Sniper," in 2019 for "A Star Is Born" and in 2020 for "Joker." However, Cooper has yet to win an Oscar in his career.

The 2022 Academy Awards will be held on March 27 at the Dolby Theatre in Hollywood, California. The awards show will air on ABC. The most nominations this year went to "The Power of the Dog" which earned 12 nods, including for best picture.

Below is a complete list of this year's nominations.

Best Actor in a Leading Role

Best Actress in a Leading Role

Best Actor in a Supporting Role

Best Actress In a Supporting Role