The publication released its annual list on Tuesday, which is based on class ratings, guest reviews and professional travel expert opinion 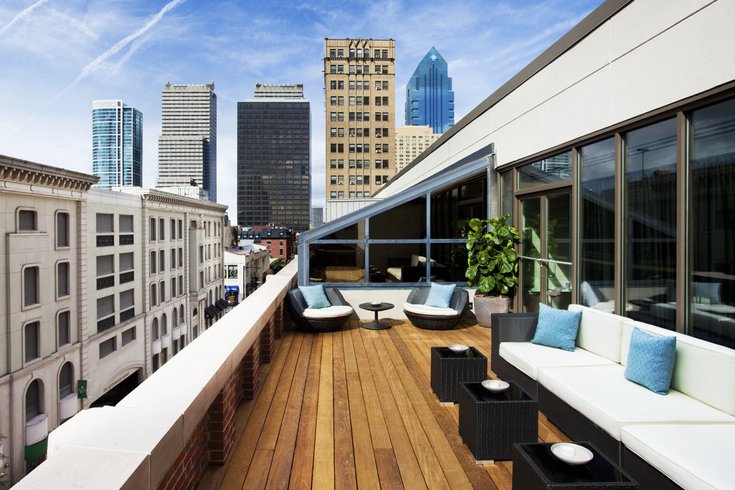 The Rittenhouse Hotel was named the Best Hotel in Pennsylvania by U.S. News & World Report in its annual ranking. The Philadelphia hotel was ranked at No. 111 nationally.

The Rittenhouse Hotel was ranked as the Best Hotel in Pennsylvania and No. 111 in the country by U.S. News & World Report, which released its annual list on Tuesday. Four Seasons Philadelphia also earned high marks, coming in at No. 4 in the state and No. 154 nationally.

The Hotel Hershey was named the Best Resort in Pennsylvania, and ranked at No. 65 nationally. U.S. News & World Report, which ranks the Best Hotels and Resorts in the United States, Canada, Mexico, and Caribbean each year, uses a combination of user input and expert opinion to decide its rankings.

Kimpton Hotel Monaco ranked No. 7 in Pennsylvania, and received a gold badge from the publication which signifies the hotel ranked within the top 10% of destinations in the country.

Other Philadelphia-based hotels that ranked high in Pennsylvania include AKA University City (No. 9), The Logan (No. 11), Sofitel Philadelphia (No. 12), and the Ritz-Carlton (No. 14).

The full list of hotel rankings can be found on U.S. News' website. The Rittenhouse Hotel previously ranked No. 1 in Pennsylvania in 2021, and U.S. News noted that the hotel has "long been the standard against which to measure Philadelphia's other luxury hotels."

Conde Nast Traveler wrote of The Rittenhouse in 2019 that "The Rittenhouse is to Philadelphia what The Plaza Hotel is to New York City," adding that the hotel's illustrious history is part of its charm. Though construction on the current Rittenhouse Hotel building began in 1970, the layout of the building — which was previously a mansion — was completed in 1913.

The publication also remarked in 2021 that Four Seasons Philadelphia could be part of "the beginning of a transformation of Philadelphia's hotel scene."

"The travel industry has faced many disruptions over the past two years, highlighting the need to support and recognize hotels that continue to maintain excellent standards," said Zach Watson, senior travel editor at U.S. News. "The 2022 Best Hotels rankings offer a dependable guide for travelers to use when organizing their next trip, whether that's in a few weeks or later in the year."

New in 2022's rankings, U.S. News added 3.5 star hotels and resorts in order to offer more affordable options for travelers who may still be recovering from the ongoing economic impacts of the COVID-19 pandemic.

The Peninsula Chicago was named the best hotel in the United States, and Montage Kapalua Bay in Maui, Hawaii was ranked No. 1 on the list of Best Resorts. U.S. News named Jade Mountain Resort in Soufriere, St. Lucia as the No. 1 All-Inclusive Resort in the Caribbean.