Each chapter of 'Music Is History' is centered around a song that reflected what was happening in the U.S. at the time and how that track impacted the Philly native's life 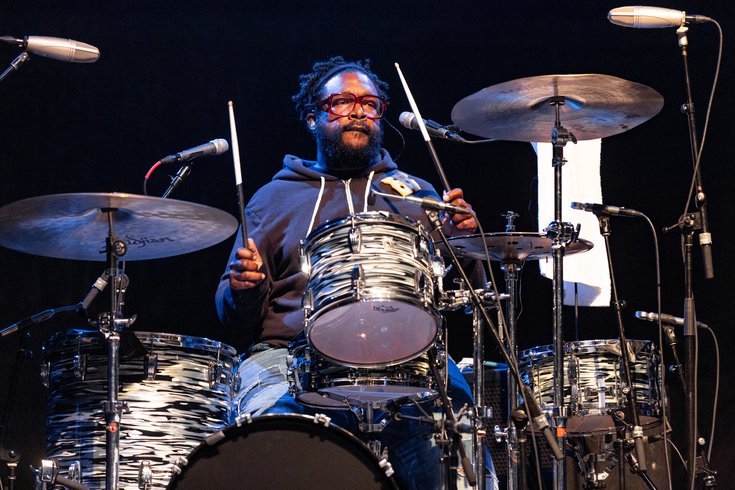 Questlove's newest book, titled 'Music Is History,' is an examination of America over the last 50 years through both music and history. The book will be available starting Tuesday.

There may be no better expert of music history than Ahmir "Questlove" Thompson, who is putting his vast musical knowledge to good use again in the form of a new book that is set to debut Tuesday.

The Philly native's newest book, titled "Music Is History," is an examination of America over the last 50 years through both music and history.

Starting in 1971, the same year in which the 50-year-old was born, The Roots drummer centers the book's chapters around one song from each of the last 50 years that reflected what was going on in the U.S. at the time and how it impacted the musician's life.

The book also includes a collection of playlists that the artist put together to accompany each chapter, as well as anecdotes and memories from Questlove's life.

For example, the book's chapter on American music and history in 1988 is focused around Public Enemy's track "Rebel Without A Pause" off of the hip-hop group's album "It Takes A Nation Of Millions to Hold Us Back." The record was so pivotal to Questlove's life that it influenced him to quit his job at a fast food restaurant on Penn's campus in University City, which the musician described as a "Moses-come-to-the-mountain moment" in his life.

"All I can simply say is that I think every teenager has that one moment in his life or her life or their life in which the possibilities of what life has to offer is shown to you, and it's up to you to accept that mission or to ignore that mission," Questlove told Terry Gross during an appearance on "Fresh Air" this week.

"And when I got to work, I couldn't stop thinking about that record," the musician continued. "And when I went on my lunch break, I never went back. I just sat in the park and listened to that record for four hours. And I said to myself, this is what I want to do with my life. Like, I want to make a kid quit his job and change his life direction. This is what I want to do. Like, not just, like, make music or get a record deal — like, the way that music made me do those things, this is when I said, this is my direction."

"Music Is History" also looks at the role that music has played in race, culture, gender, politics and identity over the last 50 years in America. Questlove specifically examines how Black identity reshaped itself during the blaxploitation era, how disco took an "assembly-line approach" to Black creativity and what being a pop music fan as a kid taught him about America.

While editing @SummerOfSoul & djn at my #WreckaStow from the orchard I was quarantining last year i wrote my 6th book. It comes out Oct 19th 2021 (audioversion even more amazing w scored music etc) please please cop one! RT share I thank you! https://t.co/bbAb0QDpXS

The publishing of his new book is just the latest accomplishment in what has been a big year for Questlove. The five-time Grammy Award-winner served as the musical director at this year's Academy Awards and made his directorial debut on the documentary film "Summer of Soul" about the 1969 Harlem Cultural Festival.

The film won the Grand Jury prize and the Audience prize in the nonfiction category at this year's Sundance Film Festival. "Summer of Soul" is the highest-selling documentary to come out of Sundance after it was purchased by Hulu and Searchlight Pictures.

Questlove will be presented Monday night with the 2021 Vanguard Award by the Sundance Institute for his work on "Summer of Soul." The award is given to artists whose projects spotlight the art of storytelling and embody creative independence.

The musician will also direct an upcoming documentary about musician Sly Stone and serve as an executive producer on a film about the history of Negro League baseball.