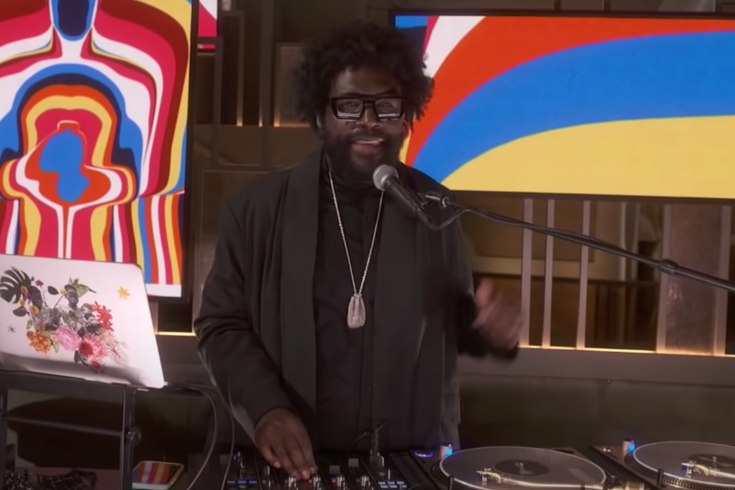 Questlove served as the musical director at the 93rd Academy Awards on Sunday night, and among his duties included hosting an Oscars music trivia game with some of this year's nominees.

"The Roots" drummer was joined by actor Lil Rel Howery in asking some of the biggest Hollywood stars if they knew whether a song had won an Oscar, been nominated for an Academy Award or received no recognition at all.

The first song played by Questlove was "Purple Rain" by Prince, and Andra Day was tasked with guessing whether the hit had received any love from the Academy of Motion Picture Arts and Sciences. Day was nominated for best actress for her portrayal of singer Billie Holiday in "The United States vs. Billie Holiday."

Daniel Kaluuya was up next in the trivia game, and Questlove played "Last Dance" by Donna Summer for the actor to ponder.

Kaluuya guessed the song had been nominated, but did not win. However, Kaluuya was wrong. Summer's hit, which appeared in "Thank God It's Friday," won best original song at the 51st Academy Awards in 1979.

But the real winner of the trivia game was Glenn Close, who was given "Da Butt" by E.U. Close was nominated for best supporting actress for her role as Bonnie Vance in "Hillbilly Elegy."

Close guessed the song had not been nominated for an Oscar, and she was right. The hit song appeared in Spike Lee's 1988 film "School Daze," but received no recognition from the Academy.

In fact, the actress knew everything about the song's history and dance, which she broke into at the end of the game.

The 2021 Oscars ceremony was held both in-person in Los Angeles and virtually due to the COVID-19 pandemic. The public health crisis forced the ceremony to be pushed back by two months.