Installed near Bartram's Garden, the ring-shaped structure will function as a scientific lab, art classroom and recreation area 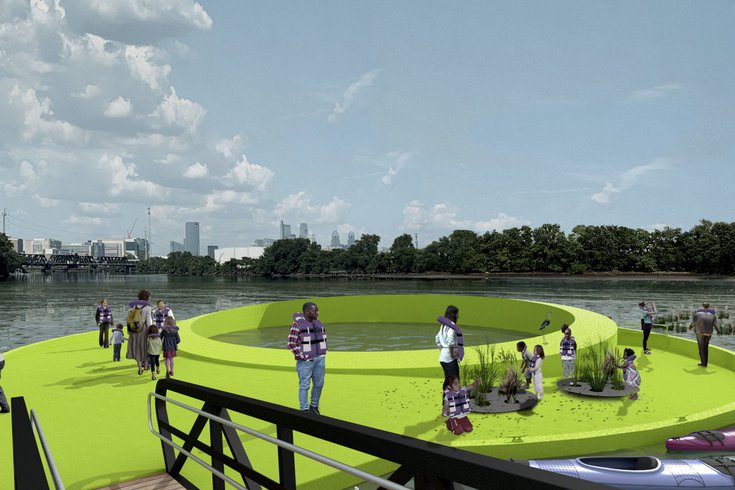 A rendering of FloatLab, set to be completed in 2022 in Southwest Philadelphia, shows people enjoying a unique view of the Schuylkill River.

Next year, Bartram's Garden visitors will find a giant, bright green pathway floating off the southern shoreline of the Schuylkill River.

The structure, called FloatLab, will be a one-of-a-kind installation and learning laboratory that allows people to engage directly with the river at eye level.

The lab, the latest project from Mural Arts Philadelphia, will include elevation changes that bring people from the surface level to a slightly submerged viewpoint. There will be plenty of space for an art class or scientific research group to explore the river.

It will be located parallel to the natural tidal wetlands and historic Lenni Lenape sites. That part of the river, where the tide rises and falls by seven feet per day, previously has not been very accessible to Philadelphia residents.

To keep the lab level and stable as the tide moves in and out, designers used architectural design, marine engineering and naval architecture techniques. The circular design will sit on eight ballast chambers. Its sloped structure is designed to be compliant with the Americans with Disabilities Act.

"The river doesn’t figure very prominently in the daily lives of contemporary Philadelphians," architect Eric Höweler told Billy Penn. "We sometimes say that the city has turned its back on the river."

Höweler's firm previously worked with Mural Arts to place a temporary lighting installation, Light Drift, along the Schuylkill Banks in 2010.

"What we learned was that the waterfront in Philly is beautiful, but somewhat overlooked," he added. 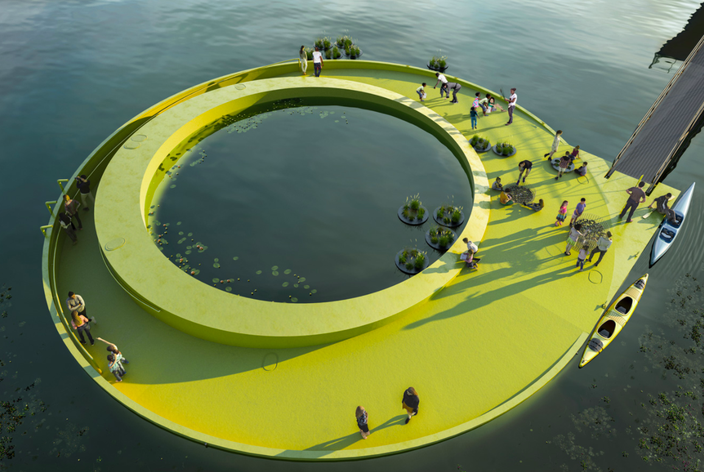 The FloatLab is a project out of Mural Arts Philadelphia and was designed by Höweler + Yoon Architecture.

The lab was sponsored through the William Penn Foundation, National Endowment for the Arts, Knight Foundation and others, and is set to open in the fall of 2022.

Bartram's Garden will see other riverside projects in the coming months as well, including a new watershed education center and freshwater mussel hatchery.