All operations and staff will move over from the Roxy Theater, which the PFS said it will no longer run 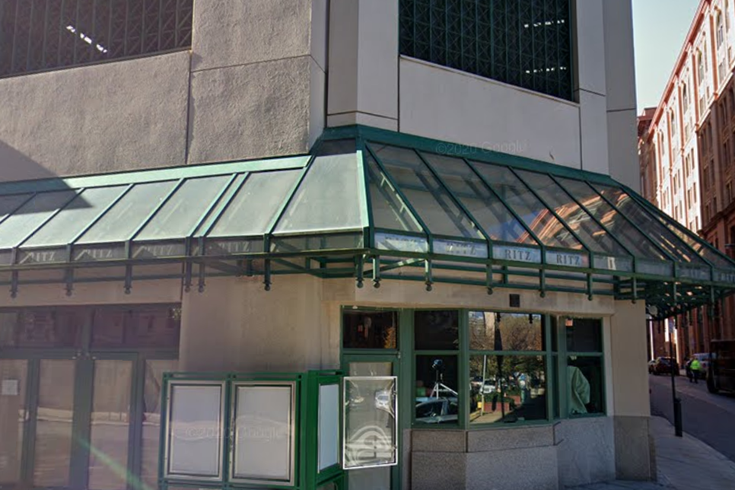 The Ritz at the Bourse movie theater in Old City was permanently shut down in January 2020.

The Old City space where the former Ritz at the Bourse movie theater was located for 30 years is coming back to life under the direction of the Philadelphia Film Society.

The nonprofit film organization announced Wednesday that it is taking over operations at the former five-screen indie movie theater and renaming it the PFS Bourse Theater. The revamped theater is expected to reopen in May.

All operations and staff will move over to the 400 Ranstead St. property from the PFS Roxy Theater, which the Philadelphia Film Society is no longer running.

The addition of the former Ritz at the Bourse theater will provide the PFS with nine screens across the city, giving the film society the largest number of independently owned and operated screens in Philly. The five screens at the new PFS Bourse Theater will complement the two each that the organization has at both the Philadelphia Film Center and the PFS Drive-in at the Navy Yard.

"While we are of course disappointed that the PFS Roxy will no longer be a part of our network, with the addition of the historic Bourse Theater, we are adding five more screens to our annual programming, allowing us to bring a wider range of films to Philadelphia," PFS CEO and Executive Director J. Andrew Greenblatt said.

The PFS said that it plans to use the new space for both first-run films and curated series. The organization said its film offerings at the new theater will be a blend of well-known movies and critically-acclaimed indie projects from around the world. A monthly series of cult classics called After Hours will also be held at the PFS Bourse Theater.

The first big event to be held at the PFS Bourse Theater will be the Philadelphia Film Festival SpringFest this June. In order to account for capacity limits due to the COVID-19 pandemic, the event will consist of an expanded screening schedule this year compared to its typical three-day weekend format. Specific dates for the event will be unveiled in the coming weeks.

The new theater has undergone a number of renovations to prepare for its reopening next month. Among the upgrades implemented by the PFS included new digital projectors, sound systems and screens in all five theaters, as well as a renovation to the lobby and concession areas.

"The foundation of this nonprofit is to utilize the unique power and accessibility of film to educate, inspire, challenge and entertain, offering venues that enable the Philadelphia community to experience film in an ideal setting, with state-of-the-art projection and sound," Greenblatt said. "Space, and now spaces, is a key element in achieving our mission, creating community and common understanding."

The PFS said it plans to reopen the Philadelphia Film Center in Center City by Memorial Day Weekend in preparation for the release of "A Quiet Place Part II." The theater has been closed for the duration of the COVID-19 pandemic.

The PFS Drive-in at the Navy Yard has remained open to provide moviegoers with an opportunity to see new films and participate in free weekly community screenings, all while practicing social distancing and watching safely from their cars.

The Ritz at the Bourse closed in January 2020. A reason for why the indie cinema was permanently shuttered was not given at the time of its closure.

Originally opened in 1990, the theater was known for showing independent features and cult classics, like "Rocky Horror Picture Show," as part of its "Midnight Madness" series.

The PFS took over the Roxy Theater in Rittenhouse Square in 2013 and has served as the organization's home for its year-round programming ever since. The venue, which became a popular spot to see independent, mainstream and international films, has been closed due to the COVID-19 pandemic.