Opening night features 'Belfast,' a semi-autobiographical story of a working class family in the 1960s 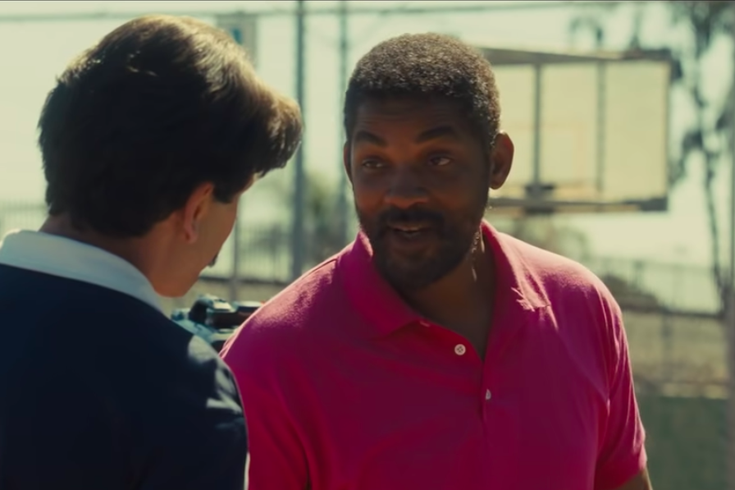 'King Richard,' starring Will Smith, will be shown Oct. 28 at the Philadelphia Film Festival. The movie tells the story of Richard Williams, the father of tennis stars Venus and Serena Williams.

Will Smith's latest film, "King Richard," a biopic of Venus and Serena Williams' father, is among more than 150 movies that will be featured at the Philadelphia Film Festival.

The movie, directed by Marcus Green, tells the story of the Williams sisters' journey from Compton, California to the global tennis stage. It highlights their father Richard's drive and perseverance to make them some of the best athletes of all time.

The drama, which will be released in theaters Nov. 19, is among the festival's centerpiece films. It will be shown Thursday, Oct. 28 at the Philadelphia Film Center and the Bourse Theater.

The festival lineup includes films from 50 countries. It runs from Wednesday, Oct. 20 to Sunday Oct. 31.

"After reopening our theaters this summer, we're excited to welcome back Philadelphians and film lovers everywhere for our milestone 30th anniversary Philadelphia Film Festival taking place for the first time in our history, exclusively in our own venues," said J. Andrew Greenblatt, CEO of the Philadelphia Film Society.

The festival will dole out awards for the best narrative, documentary and short film. The Pinkenson Award, which honors a local feature, also will be presented.


The semi-autobiographical film tells the story of a working class family and their young son's childhood during the late 1960s.

The festival will close with the East Coast premiere of Peter Hedge's "The Same Storm," which was filmed during lockdown in interlocking vignettes.

The movie is set at an American newspaper outpost in a fictional 20th-Century French city. It brings a collection of stories published in "The French Dispatch" to life.

Attendees must provide proof of vaccination and wear masks. All events are at 50% capacity.

Individual tickets are on-sale now. Regular screenings are $15 and matinees are $8. PFS members receive discounts. Tickets can be purchased online or at the Philadelphia Film Center and Bourse Theater box offices.