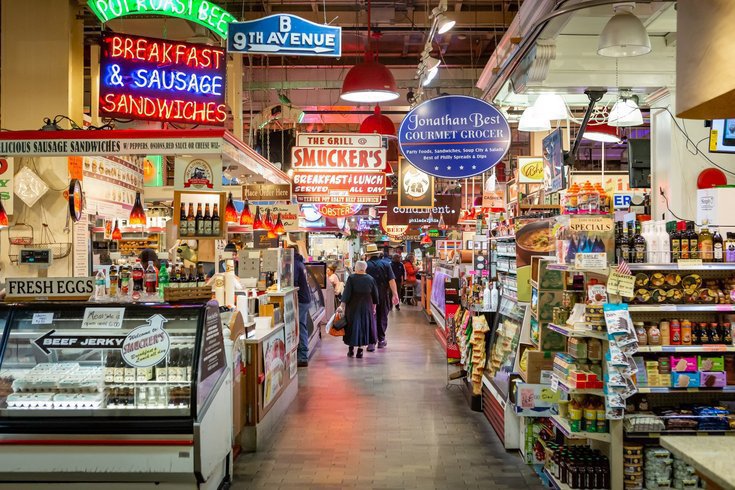 Several markets in Southeast Pennsylvania, including Philly's Reading Terminal Market, are among the best in the nation according to USA Today.

Philly has the best place to buy food in the nation according to one publication and there are two more top contenders in nearby Lancaster County.

The Reading Terminal Market was voted the best public market in the nation for the second year in a row by USA Today readers. The Lancaster Central Market took spot No. 7 on that list and the Green Dragon Farmers Market in nearby Ephrata was recognized as the eighth best farmers market in the country.

The lists were compiled USA Today's 2022 10Best Readers' Choice Awards. A group of experts came up with their top 20 markets for both categories and readers were asked to vote on the top 10.

In general, public markets are open year-round, exist in permanent structures. They offer a wide array of different foods, many of which are often ready to eat, said Randy Bell, a researcher at Michigan State University's Community, Food & Environment Institute.

Farmers markets are different in that they're often seasonal and held outdoors, he said. They also tend to focus more on locally sourced produce.

The Reading Terminal Market is among the largest in the nation. It began in 1893 in the space below the elevated train shed of the Reading Railroad Company at 12th and Arch streets. Before this, public markets had taken place on the city streets, which was a public health and traffic hazard.

Today, the Reading Terminal Market is known mostly for its restaurants.

Its list of 80-plus vendors includes Tommy DiNic's, a destination for roast pork that was named the best sandwich shop in the country by the Travel Channel, and Bassetts Ice Cream, the first store to sign a lease with the market in 1892.

But the Lancaster Central Market was founded in 1730, over 150 years before its counterpart in Philly, making it the oldest public market in the nation.Three new restaurants, amenities to open at Cape May ferry terminal

Given its location in the heart of Amish country, the market is known for its wide array of Pennsylvania Dutch specialities and high quality fresh produce. It came in spot No. 5 on the 2021 list.

Although the Green Dragon Farmers Market came only made it spot No. 8 this year, it was deemed the second-best farmers market in the nation in 2021. It first opened in 1932 and is also populated in part by many Amish vendors.

The Collingswood Farmers Market was also included in the 2021 list, but didn't make it on this year.