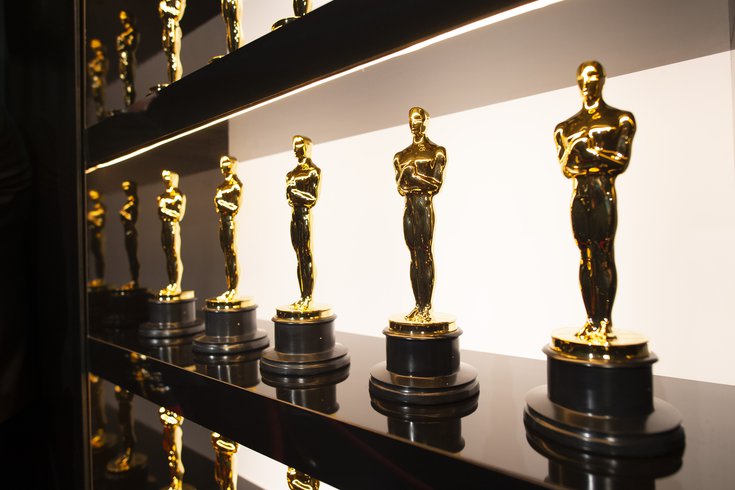 10 films will vie for best picture honors at the 94th Academy Awards on Sunday, March 27 in Hollywood, California.

The 2022 Academy Awards ceremony is set to take place on Sunday, March 27 at the Dolby Theatre in Hollywood, California, honoring the best in film over the past year.

Co-hosted by Regina Hall, Amy Schumer and Wanda Sykes, the 94th Oscars will air at 8 p.m. on ABC.

Below are each of this year's 10 nominees for best picture and how you can stream each movie.

"Belfast" follows a young boy's childhood in Northern Ireland's capital city and his experience growing up at the onset of The Troubles in 1969.

"Belfast" is available for rent or purchase from Amazon Prime Video, Apple TV, YouTube and Vudu.

"CODA" tells the story of a Massachusetts high school girl — the only member of her family who isn't deaf — as she discovers a passion for singing and must decide between chasing her musical dream or staying home to help her family's fishing business.

The coming-of-age, comedy-drama film earned three Oscar nominations, including for best picture and best adapted screenplay. The movie is an English-language remake of the 2014 French film "La Famille Bélier."

"CODA" is available to stream on Apple TV+.

Chester County native Adam McKay's "Don't Look Up" details how two astronomers must warn an unconcerned society about a comet heading towards Earth that will destroy the planet. The dark comedy film is considered an allegory for the battle against climate change.

"Don't Look Up" is available to stream on Netflix.

"Drive My Car" chronicles the story of a man who must direct a theater festival while mourning the loss of his playwright wife — all while a young woman drives him around in his car.

The film's writer and director, Ryusuke Hamaguchi, has been nominated for best director. It stars Hidetoshi Nishijima, Toko Miura and Masaki Okada.

"Drive My Car" is available to stream on HBO Max.

"Dune" follows a young man and his family as they are thrust into a war and must travel to the most dangerous planet in the universe to ensure their future.

"Dune" was adapted from Frank Herbert's 1965 novel of the same name and is the first of two movies to be made. The sequel, covering the second half of the book, is slated to premiere in 2023.

"Dune" will return to HBO Max on March 10. The film is currently available for rent or purchase from Amazon Prime Video, Apple TV, YouTube and Vudu.

"King Richard" is a biopic of Richard Williams, the father of professional tennis stars Serena and Venus Williams. Played by Will Smith, Williams trained his daughters from a young age in Compton, California and served as a driving force for both as they went on to win a combined 30 Grand Slam titles.

"King Richard" will return to HBO Max on March 24. The film is available for rent or purchase from Amazon Prime Video, Apple TV, YouTube and Vudu.

"Licorice Pizza" tells the story of two teenagers who fall in love while living in the San Fernando Valley of California in 1973.

The coming-of-age, comedy-drama film picked up three Oscar nominations, including for best picture and best original screenplay. Paul Thomas Anderson, the film's director and writer, has been nominated for best director.

The movie is available for rent or purchase from Amazon Prime Video, Apple TV, YouTube and Vudu.

"Nightmare Alley" follows a traveling carnival worker — played by Bradley Cooper — who swindles the elite of 1940s New York to advance his career. Cooper also served as a producer on the film.

"Nightmare Alley" is available to stream on Hulu and HBO Max.

The Power of the Dog

The most Oscar nominations this year went to "The Power of the Dog," which earned 12 nods. Among its nominations are for best picture, best adapted screenplay, best production design, best cinematography, best achievement in sound, best original score and best film editing.

The western drama film chronicles how a rancher constantly admonishes his brother's new wife and her son, only to discover that he has more similarities than differences with the young boy.

Jane Campion, the movie's writer and director, is up for best director. The film is an adaptation of Thomas Savage's 1967 novel with the same title.

"The Power of the Dog" is available to stream on Netflix.

The latest film adaptation of "West Side Story" took in five Oscar nominations, including for best picture, best production design and best cinematography.

The film tells the story of street gang rivalries and love in 1957 New York City. It was originally a Broadway musical written by Stephen Sondheim, Leonard Bernstein, Jerome Robbins and Arthur Laurents before being adapted for the big screen in 1961.

"West Side Story" is available to stream on HBO Max and Disney+.