The 64th annual ceremony will air on Sunday, April 3 at 8 p.m. on CBS and Paramount+ 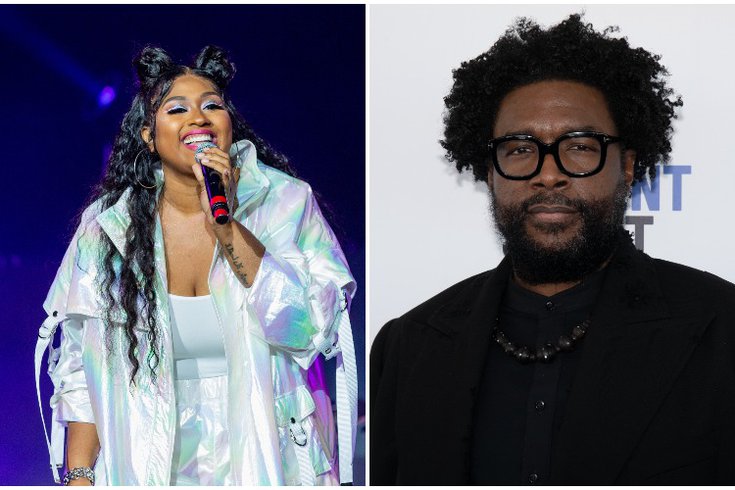 Jazmine Sullivan and Questlove are two of the many artists with ties to the Philadelphia region who are up for nominations at the 2022 Grammy Awards.

The 2022 Grammy Awards will finally be handed out this Sunday, three months later than originally expected.

The 64th annual ceremony was initially scheduled for Jan. 31 at the Crypto.com Arena in Los Angeles. However, due to the surge in COVID-19 cases caused by the omicron variant, event organizers moved the awards show to Sunday at the MGM Grand Garden Arena in Las Vegas.

The most nominations this year belong to jazz and R&B musician Jon Batiste with 11 nods. But a number of notable artists with ties to the Philadelphia region, including Jazmine Sullivan and Questlove, are nominated for several awards this weekend.

Below is a complete guide to Philly artists who are up for awards at the 2022 Grammys. The show will air on Sunday at 8 p.m. on CBS and Paramount+. Trevor Noah will host the ceremony for a second-straight year.

Despite having been previously nominated for 12 Grammys in her career, Sullivan has yet to win a gilded gramophone.

But that could change Sunday after the singer received three nominations at this year's awards show. Her newest EP, "Heaux Tales," is up for best R&B album and her hit single "Pick Up Your Feelings" has been nominated for best R&B song and performance.

A graduate of The Philadelphia High School for Creative and Performing Arts, Sullivan primarily recorded "Heaux Tales" in her Philly home. The 14-track album is her fourth record and first since "Reality Show" in 2015.

The record premiered in January 2021 at No. 4 on Billboard's Top 200 Albums chart. The album became Sullivan's highest-charting and the second top-10 album of her career following her debut record "Fearless" in 2008.

"Heaux Tales" was rated one of the best albums of 2021 by the likes of Time Magazine and Pitchfork.

Ahmir "Questlove" Thompson's directorial debut with "Summer of Soul" has been nominated for best music film this year. A win would give him his sixth Grammy Award and first since 2016, when "Hamilton" won best musical theater album.

The documentary details the musical, historical and societal impact of the 1969 Harlem Cultural Festival through archived footage and interviews with performers and attendees.

One of the event's producers filmed over 40 hours of footage from the summer series. Most of it never saw the light of day due to a lack of interest in the festival. It sat in boxes inside the producer's basement for 50 years – until The Roots drummer was tapped to direct the documentary.

The film swept the Critics Choice Documentary Awards in November, winning all six honors which it was nominated for, including best documentary and best director. "Summer of Soul" also won best documentary at this year's Oscars, AAFCA and BAFTA Awards.

Former President Barack Obama named "Summer of Soul" one of his favorite films of 2021.

"Summer of Soul" is available to stream on Hulu and Disney+.

Japanese Breakfast, led by vocalist Michelle Zauner, can now call itself a Grammy nominated-band. The indie pop group is up for best new artist and best alternative music album for "Jubilee."

"Jubilee" is the band's third studio album and first since "Soft Sounds from Another Planet" in 2017. The 10-track record debuted last June and was considered among the top albums of 2021 by outlets such as NPR, Rolling Stone and Pitchfork.

Swift's ninth studio album, "Evermore," has been nominated for album of the year — a category in which the Berks County native has already won a record-number three times as a female artist.

Publications such as Variety, USA Today and Rolling Stone named "Evermore" one of the best albums of 2020.

Odom Jr. is one of a select few artists who will be both a nominee and a performer at Sunday's awards ceremony.

Leslie Odom Jr. wrote and performed "Speak Now" as part of his portrayal of the late R&B and soul singer Sam Cooke in "One Night in Miami."

"One Night in Miami" tells the story of a fictional encounter in February 1964 between Muhammed Ali, Jim Brown, Malcolm X and Cooke, who had gathered to talk about their roles in the civil rights movement and cultural revolution of the 1960s. The film is available to stream on Amazon Prime Video.

He will perform Sunday as part of a tribute to the late Broadway composer Stephen Sondheim.

"All I Know So Far," the title track from Pink's 2021 second live album and first documentary, has been nominated for best written song for visual media.

A win Sunday night would give the Bucks County local her fourth Grammy. Her third and most-recent Grammy came in 2011 for best pop collaboration with vocals on a remake of John Lennon's hit song "Imagine."

"All I Know So Far" followed Pink behind the scenes on her Beautiful Trauma World Tour and showed how she balances life on the road as a performer, mom and wife. Her tour consisted of 156 shows in 18 countries during 2018 and 2019.

The documentary is available to stream on Amazon Prime Video.

The music video for "All I Know So Far" was nominated for a MTV Video Music Award last year.

One of the comedian's latest stand-up comedy specials, "Zero F**ks Given," has been nominated for best comedy album.

The special, which was filmed in Hart's living room, focuses on male groups chats, sex after the age of 40 and life during the COVID-19 pandemic. The comedy album debuted in November 2020.

"Zero F**ks Given" is available to stream on Netflix.

Hart was previously nominated for best comedy album for "Kevin Hart: What Now?" in 2018.

Anderson is up for best historical album for "Beyond The Music: Her Complete RCA Victor Recordings." Anderson was nominated three times in her career, but never won a Grammy. She was given the Grammy Lifetime Achievement Award in 1991.