The singer has spent the third-most weeks in the No. 1 spot on the Billboard 200 albums chart 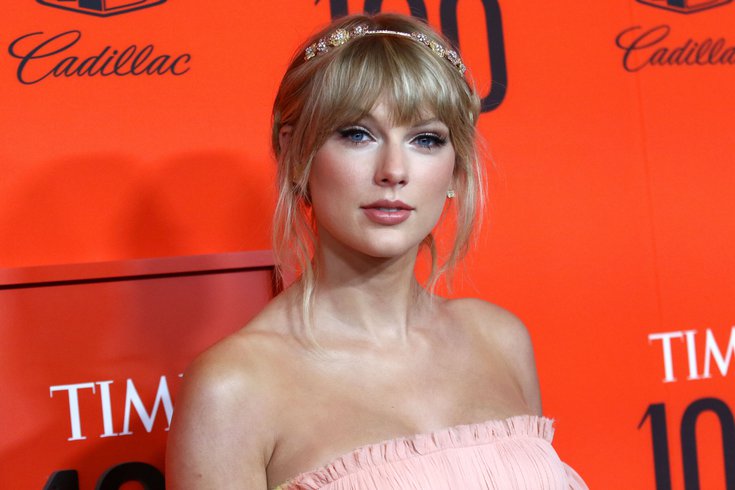 Taylor Swift has spent 53 weeks in the No. 1 spot on the Billboard 200 albums chart — the third most of all time. Only The Beatles and Elvis Presley have spent more time atop the chart.

Taylor Swift reached another milestone this week after her album "Evermore" soared back to the top of the Billboard 200 chart.

The Berks County native has now spent 53 weeks in the No. 1 spot throughout her career, the third-most of any artist. She trails only Elvis Presley, who spent 67 weeks atop the chart, and The Beatles, who lead the pack with 132 weeks.

Swift's latest album, "Fearless (Taylor's Version)," a re-rerecorded version of her 2008 album "Fearless," was released in April. But "Evermore" shot back to the top of the chart as fans rushed to buy special versions on vinyl, CD, and in digital formats, Forbes reported. The album, released in December, moved up 73 spots to No. 1.

Swift had been tied for third place with country singer Garth Brooks, but the latest bump sealed the deal.

The song's music video featured home video footage of Taylor and her mom, Andrea Swift, and the song depicts their special bond. Swift tweeted "I LOVE YOU MOM," after the news was announced.

I LOVE YOU MOM https://t.co/hmLe8ZRTjm

The song, originally released in 2008, was included on Swift's "Fearless (Taylor's Version" album.