Led by Michelle Zauner, the Philadelphia band sold out five concerts at the venue after releasing its third album in June 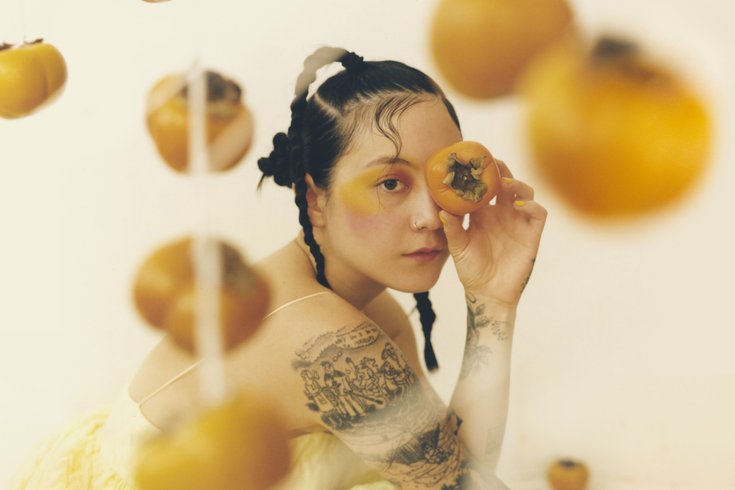 Led by Philadelphia-native Michelle Zauner, the band Japanese Breakfast closes out a run of five sold-out shows at Union Transfer on Wednesday. Fans can listen to the concert live on WXPN or stream it online. The band released its third album, "Jubilee," in June.

If you're the band tasked with reopening Union Transfer from a yearlong pandemic shutdown, you might as well make it a stretch of five sold-out shows. That's what Michelle Zauner and Philly-based Japanese Breakfast did, at least.

After dazzling masked crowds of concert-deprived fans for four nights with cuts from its latest album, "Jubilee," Japanese Breakfast will wrap up its homecoming celebration with a final performance Wednesday night. And if you were one of the people who missed out on tickets to this run of shows — or if you were in attendance and want to relive the experience — there's a way to bring the concert to your living room.

Philadelphia radio station WXPN will broadcast the Japanese Breakfast concert live from Union Transfer at 9:15 p.m. Wednesday as a special edition of World Cafe. That's 88.5 FM on your dials if you live in the city and XPN.org if you're tuning in over the internet. You can also listen to the performance via WXPN's YouTube page below.

With its doors still shuttered by the pandemic in April, Union Transfer was cautiously optimistic on Twitter in announcing what appeared to be Japanese Breakfast making a one-night-only appearance on its stage to usher in the return of live music. The venue, like others around the country, began pushing back shows in March 2020 due to the coronavirus and eventually had to close entirely.

"Let’s cross our fingers, hands and toes, and everybody go get vaccinated!" venue officials said in a follow-up tweet.

Tickets sold out so quickly during presale that Japanese Breakfast scheduled a second concert at Union Transfer the day tickets to the first show were made available to the public.

"Umm remember when I used to work coat check at this venue and now we sold out our first night in Philly during pre pre sale in a couple of days and had to add a 2nd night?" Zauner tweeted from the band's account.

Umm remember when I used to work coat check at this venue and now we sold out our first night in Philly during pre pre sale in a couple of days and had to add a 2nd night? 🤯https://t.co/tZmFermhCb for all tour tix! Thx u Philly thx u @UnionTransfer pic.twitter.com/FEg72Y9Ou2

Then the second show sold out ... as did the third, fourth and fifth.

"We'll get the champagne on ice to celebrate!" Union Transfer tweeted in late July.

For as objectively great as it is to see people enjoying in-person concerts again, a surge in new coronavirus cases spurred by the highly contagious delta variant has created some uneasiness about large indoor gatherings. For its upcoming tour, Japanese Breakfast requested that audience members show proof that they are fully vaccinated against the virus or have tested negative for it in the past 48 hours. Concertgoers and Union Transfer staff are also required to mask up while indoors.

"If you cannot furnish proof of either a vaccine or negative test, we will refund your tickets in full, BUT, unfortunately, you will not be permitted inside the venue," Union Transfer's website says.

It's been a huge year for Zauner. A month before Japanese Breakfast released "Jubilee," the Bryn Mawr College grad's memoir, "Crying in H Mart," was named a New York Times bestseller. The book is now set to be adapted into a feature film.