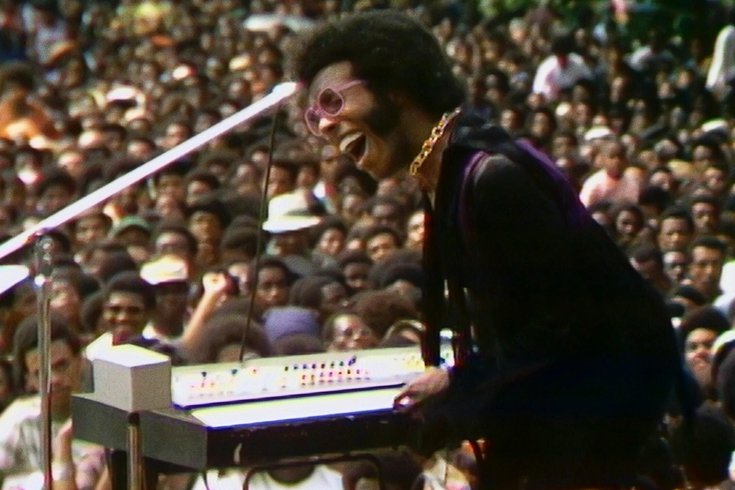 'Summer of Soul,' the Questlove-directed documentary about the 1969 Harlem Cultural Festival, was named one of former President Barack Obama's favorite movies in 2021.

"Art always sustains and nourishes the soul," Obama wrote on social media. "But for me, music and storytelling felt especially urgent during this pandemic year."

RELATED: Questlove to release 'Summer of Soul' soundtrack in January

"Summer of Soul" was one of 14 films Obama selected, noting that they each told a powerful story. The documentary marked Questlove's directorial debut. It tells the story of the 1969 Harlem Cultural Festival, highlighting its musical, historical and societal impact through archived footage and interviews with performers and attendees.

Next up are my favorite movies of the year. Each of these films tells a powerful story, and I hope you enjoy them as much as I did. pic.twitter.com/peFGiaTvby

Sometimes referred to as "Black Woodstock," the festival took place during the same "Summer of Love" as the more well-known festival in upstate New York. The Harlem Cultural Festival was graced by over 30 performances from music legends like Stevie Wonder, Nina Simone, Sly and the Family Stone, B.B. King and Gladys Knight and The Pips, from late June through August 1969.

About 300,000 people attended the Harlem Cultural Festival, but its place in history had been obscured by lack of exposure in subsequent decades.

One of the event's producers filmed over 40 hours of footage from the summer series. Most of it never saw the light of day due to a lack of interest in the festival. It sat in boxes inside his basement for 50 years – until the Philadelphia native Questlove was tapped to direct the documentary.

The film debuted earlier this year at the Sundance Film Festival, where it won both the Grand Jury and Audience prizes in the nonfiction category. "Summer of Soul" is the highest-selling documentary to come out of Sundance after it was purchased by Hulu and Searchlight Pictures.

Questlove received the 2021 Vanguard Award by the Sundance Institute in October for his work on "Summer of Soul." The award is given to artists whose projects spotlight the art of storytelling and embody creative independence.

"Summer of Soul" swept the Critics Choice Documentary Awards last month, winning all six honors it was nominated for, including best documentary and best director. The documentary also has been nominated for best music film at next month's Grammy Awards. It can be streamed on Hulu.

I've always enjoyed listening to a wide variety of music, so it’s no surprise that I listened to a little bit of everything this year. I hope you find a new artist or song to add to your own playlist. pic.twitter.com/g6kBzAbrZG

"I Don't Live Here Anymore" was among 27 songs that Obama listed among his favorites in 2021. The War on Drugs released the song as the title track to the Philly indie rock band's fifth studio album, which came out in October.

"I Don't Live Here Anymore" features uptempo, cinematic guitar riffs and vibrant synthesizers that will make fans feel like they are listening to a track from the 1980s.

The song, which seeks to convey a struggle for redemption in the face of despair, also features pop group Lucius providing background vocals to frontman Adam Granduciel.

"I Don't Live Here Anymore" was released as a single with an accompanying music video in September. The music video was filmed in Los Angeles and pays homage to classic rock 'n' roll videos of the past. It includes black-and-white shots of Granduciel playing his guitar on the beach and the entire band performing on a rooftop with the city skyline in the background.

The War on Drugs is scheduled to play a pair of shows at The Met Philadelphia in January as part of the group's 2022 world tour. Tickets are available online.

A post shared by The War On Drugs (@thewarondrugs)

Artists who previously have been named to Obama's annual lists include Bruce Springsteen and Kurt Vile.