By Pat Ralph
PhillyVoice Staff
Music The War On Drugs 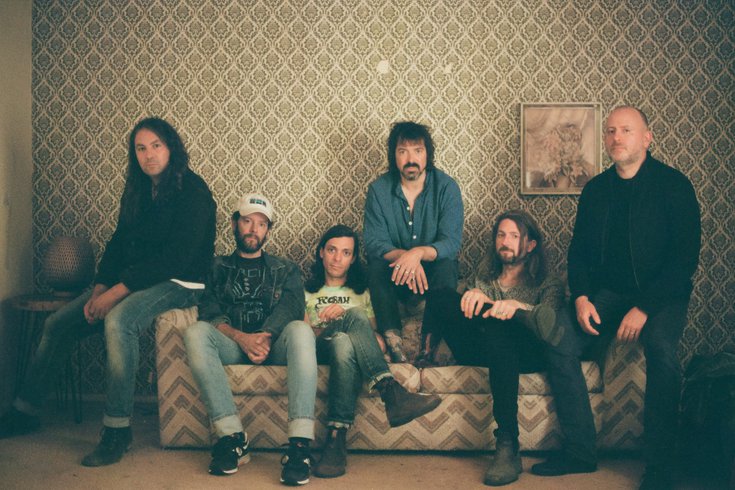 The War On Drugs appeared Wednesday night as the musical guest on "Jimmy Kimmel Live," where the Philadelphia indie rock group performed the title track of its new album, "I Don't Live Here Anymore."

Bearing the same name as the record, the song features uptempo, cinematic guitar riffs and vibrant synthesizers that will make fans feel like they are listening to a track from the 1980s.

The song, which seeks to convey a struggle for redemption in the face of despair, also features pop group Lucius providing background vocals to frontman Adam Granduciel.

The album's title track was first released as a single and accompanying music video in September. The song's music video was filmed in Los Angeles and seeks to pay homage to classic rock 'n' roll videos of the past. It includes black-and-white shots of Granduciel playing his guitar on the beach and the entire band performing on a rooftop with the city skyline in the background.

Released in October, "I Don't Live Here Anymore" is the band's fifth studio album and first since its Grammy Award-winning record "A Deeper Understanding" from 2017. The album was recorded at seven different studios over the past three years.

The band has described the 10-track record as "an uncommon rock album about one of our most common but daunting processes – resilience in the face of despair – and an expression of rock ’n’ roll’s power to translate our own experience into songs we can share and words that direct our gaze toward the possibility of what is to come."

The album has been met so far with strong praise. Music critic Rhys Buchanan of New Musical Express wrote that "there's magic everywhere you look on this triumph of an album."

The record's lead single, "Living Proof," was released in July. The group reunited in-person for the first time in almost two years in September to perform "Living Proof" on "The Late Show with Stephen Colbert."

The War On Drugs performed four songs off its new album, including "I Don't Live Here Anymore," during an appearance earlier this month on NPR's Tiny Desk Concert series.

The band is scheduled to play a pair of shows at The Met Philadelphia in January as part of the group's 2022 world tour. Tickets are available online.