From the Eagles to food to words and music, looking at the best local shows this year 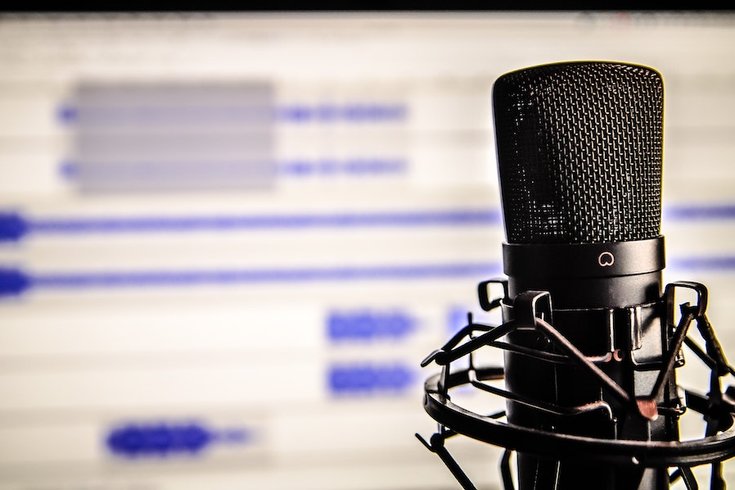 Podcasting has taken over America.

Whether they're about the news, politics, sports, cooking, or - most commonly of all- murder, podcasts are a bigger part of American life in 2018 than ever before. If you pass someone on the street, whether they're on foot or they're driving, there's a good chance that they're listening to one. Just know that, no matter how many podcasts you have in your queue, you're probably never going to finish listening to all of them.

Quite a few of those podcasts are made right here in Philly, including some very good new ones. Here are our picks for the best Philly podcasts of 2018 (in no particular order), all of which can be accessed either on iTunes, or through the links below:

- The Philly Blunt. An outstanding show that launched just this fall, in which the three co-hosts, "Johnny Goodtimes," "Violations Greg," and "Reef the Lost Cauze" come together for an interview podcast that's almost as entertaining as their names. They interview local newsmakers and in a wonderful twist, the interviews are nearly always held at the local bar of the guest's choice. Standout episodes so far have featured the likes of entrepreneur Tayyib Smith, filmmaker Tigre Hill and sports radio host Natalie Egenolf. It's interviews that make you want to be sitting there drinking along with them.

- The Dirty Inning. Philly has no shortage of sports podcasts, but this one has a really great gimmick. The hosts -- local sports blog/social media veterans Justin Klugh and Trevor "Hegelbon" Strunk -- look back on a very specific thing: Bad innings from throughout Phillies history. It's like the golden days of Phillies Twitter, except in podcast form.

- Birds With Friends. This is a more conventional sports podcast, but still the best of several that deal particularly with the Eagles. Hosted by Bo Wulf and Sheil Kapadia, it's under the auspices of the subscription sports website The Athletic, although the podcast itself is free. Consistently hilarious, and it's got a really funny theme song.

- TwistedPhilly. Hosted by Deana Marie, this podcast looks at the weird and macabre from the past --and present -- of Philadelphia and its surrounding region. There are sojourns into true crime, such as a recent look at a mass shooting in East Camden in 1949- but there's also much lighter stuff, like ghost stores and scary movies.

- The Shame Files. Philly's got a lot of good movie podcasts all of a sudden, like I Like to Movie Movie and I Saw It In a Movie- I recuse myself from including my own, Film Scribes- but this one has a great hook. Film critics Ryan Silberstein and Jill Malcolm, of the website Cinema76 (formerly Cinedelphia) and occasional guests, will talk about a film that one or both or all of them have never seen. Most film critics have at least a few major films from history that they haven't actually seen, and this podcast mines some great things out of that.

- Art of the Take. This one is simultaneously sports radio and the furthest thing from sports radio. It's produced under the auspices of WIP and features WIP talent (including program director Spike Eskin and hosts Joe Giglio and Jack Fritz), but this isn't your typical "Fire Jim Schwartz/Odubel needs to hustle" version of Philly sports talk. In fact, it's a lot more meta and self-aware than that. It's a show about "takes"- controversial opinions- and also about "thirst"- the need for attention, mostly from takes. The podcast, whose subject matter often veers far from sports, is both extremely entertaining and at the same time an extended meta-commentary on the nature of sports talk radio, and by extension the human condition itself.

- Jawn Appetit. What this one's about is pretty obvious just from the name: Yes, it's Philadelphia and food. Hosted by married couple, Roy and Chanel Burton, the podcast looks at the local restaurant and culinary scene with interviews and food talk that's bound to leave you hungry.

- World Cafe Words and Music. It's just what it sounds like, an NPR-produced show from World Cafe Live on Walnut Street. The recent interview with Wilco frontman Jeff Tweedy, recorded at the Free Library before his recent event there, was an especially enjoyable listen.

- Free Library Podcast. Speaking of the Free Library, it often posts the interviews from its author events in podcast form. So if you missed a big event with someone like Michael Solomonov, Sen Kirsten Gillibrand or Jeff Tweedy, there you are.