Reading evidently has some of the best Wordle players in the U.S. 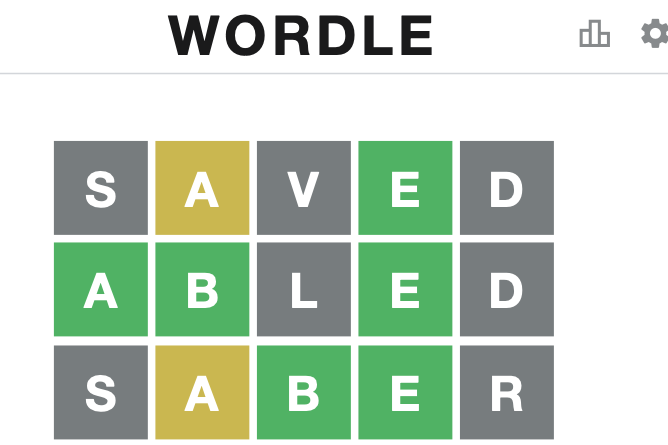 Reading, Pennsylvania has the second-best Wordle scores in the U.S. according to an analysis conducted by Wordtips. St. Paul, Minnesota posts the best scores.

Reading is a powerhouse when it comes to Wordle – at least according to one analysis.

Wordtips, a website geared toward puzzle lovers, found the Berks County city has the second-based average score in the United States. Only St. Paul, Minnesota has bettered Reading's average score of 3.56 guesses.

Reading ranks in front of the likes of Berkeley, California and Ann Arbor, Michigan, which each boast highly-regarded public universities, the analysis found.

Despite Reading's performance, Pennsylvania is not a top contender for the best-performing state. Pennsylvania's average score of 3.91 guesses is only slightly lower than the national average of 3.92.

Pennsylvania is bested by its neighbors New York, Maryland and Delaware – with average scores of 3.84, 3.86 and 3.70, respectively – but comes in above New Jersey, which had an average score of 3.97.

Wordle asks players to correctly guess a five-letter word in six tries, with clues being offered along the way.

Worldwide, the United States ranks 18th. Sweden is the best with an average score of 3.72 guesses. The global average is 3.92.

The analysis was based on data gathered in January from nearly 150,000 tweets with the hashtag "#wordle."

The analysis has limitations, as some people noted on Twitter. Its dataset only contained the scores of people who shared their results on Twitter rather than the entirety of Wordle's user base.

this graphic tells us more about selection bias than anything.

Some suggested the findings are a better indicator of the people who choose to share their top scores than of the locations that are most dominant at the game.

Huh. Super interesting. I wonder what the strongest correlates are; % educated? % educated + their age? It uses Twitter data, so this might really measure how much people self-select to post their best scores! E.g. I'm too proud to post 6/6 or x/6

Wordle was created by web developer Josh Wardle. He created a prototype of the game, which is named after himself, in 2013. Amid the pandemic, he revisited the game with his partner Palak Shah.

He first published the game online last October. The game only had 90 players at the end of the month, but by the end of 2021 it had more than 2 million users.

The New York Times purchased the game in January 2022 as a way to further boost its daily, online puzzles. It is part of a strategy aimed at gaining 10 million subscribers by 2025.