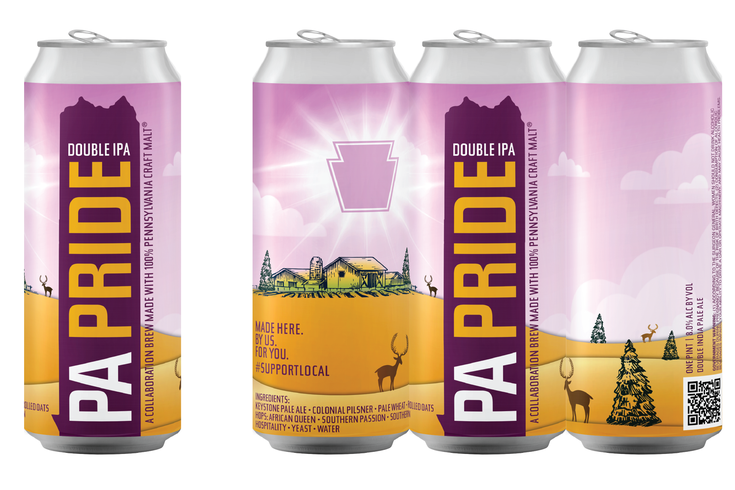 The latest edition in the 'PA Pride' craft beer series will be a Hazy 8% Double IPA. The beer will be available to the public starting April 1.

More than 30 craft breweries in Pennsylvania have come together again to create a beer that pays tribute to the state's brewery and agriculture industries.

The Double IPA will be sold in 16-ounce cans at more than 20 craft breweries and beer stores across the state. A full list of participating locations will be released soon. Previous participants have included Cartesian Brewing and Punch Buggy Brewing in Philadelphia.

"For this edition of 'PA Pride,' we landed on a delicious recipe for Double IPA to showcase the flavor and mouthfeel-enhancing qualities of Pennsylvania grain complemented by the fresh and experimental flavors and aromas of South African hops," Deer Creek Malthouse's Ted Brochu said. "The fortifying strength of Double IPA will carry us through the chill of early spring, while the delightful aromas of berry, citrus, tropical fruit and dank resin herald the arrival of warmer days ahead."

The beer's label is purple, white and gold with "PA Pride Double IPA" written within an outline of the state. An image of the state keystone and Deer Creek's barn also are on the can. "Made Here. By Us. For You. #SupportLocal" is also imprinted on the label. 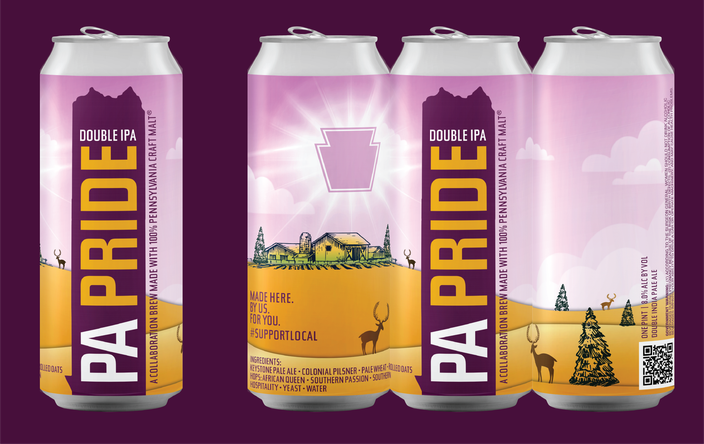 The "PA Pride" beer series was organized by Deer Creek Malthouse and Breweries in PA two years ago as part of an effort to highlight the state's agriculture industry and support craft brewers amid the COVID-19 pandemic.

The series' name comes from "the love and pride we all share for Pennsylvania," and each beer is made solely from Pennsylvania grown and malted grain, organizers said.

The collaboration series has produced four other beers over the last two years; a Hazy Pale Ale in November 2020, a Pilsner in February 2021, a German Kölsch-style ale last May and a Hazy IPA in October.

Three more "PA Pride" beers are in development for 2022. A Fruited Sour, Multigrain Saison and Amber Lager are all expected to be released later this year.