The actor is back in the Philadelphia region filming the fourth and final season of M. Night Shyamalan's 'Servant' 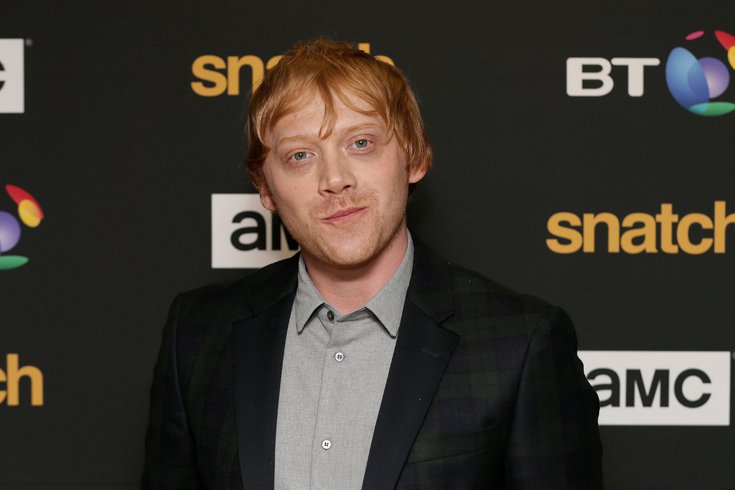 Actor Rupert Grint stopped into Minella's Diner in Wayne, Delaware County on Sunday morning for a bite to eat.

Rupert Grint, the actor who portrayed Ron Weasley in the "Harry Potter" film series, swung by a popular Main Line restaurant Sunday morning to grab a bite to eat.

Minella's Diner in Wayne, Delaware County shared on social media that the former Gryffindor wizard was a guest.

MORE: How to stream all the movies nominated for best picture at the 2022 Oscars

"Can you name this Hogwarts graduate?" the diner wrote in an Instagram post that included a photo of Grint standing outside the restaurant.

Minella's Diner is a popular spot among local residents and students of Villanova University, which is located less than three miles away. Getting a table on a weekend morning for breakfast almost always comes with a wait.

Grint's appearance was the restaurant's second celebrity sighting within days. 6ABC anchor Jim Gardner and actor David Boreanaz, who spent most of his childhood growing up on the Main Line, dined there too.

Grint is back in the Philadelphia region filming the fourth and final season of M. Night Shyamalan's psychological thriller "Servant." Production began in February, according to Shyamalan, and the show's cast was spotted filming scenes in Philly last month. A premiere date for the season has not been announced.

The third season debuted on Apple TV+ in January. New episodes premiere on Fridays. The show's first two seasons are also available on the streaming service.

"Servant" follows a Philly couple, Dorothy and Sean Turner, who are coping with the tragic loss of their 13-week-old infant son Jericho. Dorothy is a local news reporter, while Sean is a stay-at-home consulting chef.

After the death of their baby, the couple hires a nanny from Wisconsin named Leanne Grayson to look after their reborn therapy doll, who is also named Jericho.

But the doll causes a rift in the couple's marriage, as Dorothy convinces herself that it is an actual living infant. The arrival of Grayson also brings mysterious happenings between the couple and within their Philly home.

Filming for the show's four seasons has primarily taken place in Philly and Delaware County, as well as along the Jersey Shore.

Exterior shots have been filmed across Rittenhouse Square and Fitler Square. Interior sets were constructed in a former paint factory in Bethel Township.

Since "Servant" began production in 2019, Grint has become quite familiar with the Philly dining scene. The British actor told the New York Times in January 2021 that the popular deli-diner Middle Child is one of his favorite restaurants in the city.

Maybe Grint will also get a chance to see "Harry Potter: The Exhibition" at the Franklin Institute while he's in the area. The new exhibit includes costumes, characters, settings and beasts seen in the "Harry Potter" films and books.