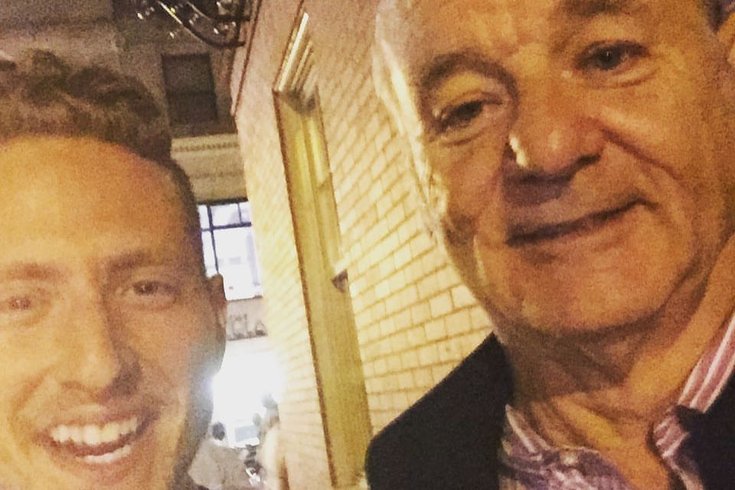 Actor and Comedian Bill Murray has become legendary for gracing fans with his presence by popping up at parties and bars around the globe in recent years.

On Friday night, Murray made the rounds in Center City Philadelphia.

According to the city's lone paparazzo HughE Dillon, Murray was around the Rittenhouse Square area of the city and at Oscar's Tavern around 1 a.m.

Yeah that was Bill Murray you saw last night in the Rittenhouse Sq area and at Oscars bar about 1AM. No idea why he's hear. #SNL alumni

Center City resident Joseph Nespoli, 24, posted a picture of him and Murray together on Facebook, saying that he bartended a wedding rehearsal dinner for the Saturday Night Live alumni's son.

Bill Murray is currently at a dive bar in Philadelphia. I can die happy now.

I just walked past Bill Murray in Philly!!!!

Bill Murray being at a dive bar in Philly on a Friday night is fantastic. Unfortunately for him, people are starting to recognize who he is

Murray has earned a reputation for similar activities, from singing karaoke to playing kickball with total strangers.

The real question is: where will we see Bill in the City of Brotherly Love next?