Bipolar disorder can be challenging to diagnose because symptoms vary widely

Many people initially are misdiagnosed as having clinical depression, schizophrenia or borderline personality disorder, experts say 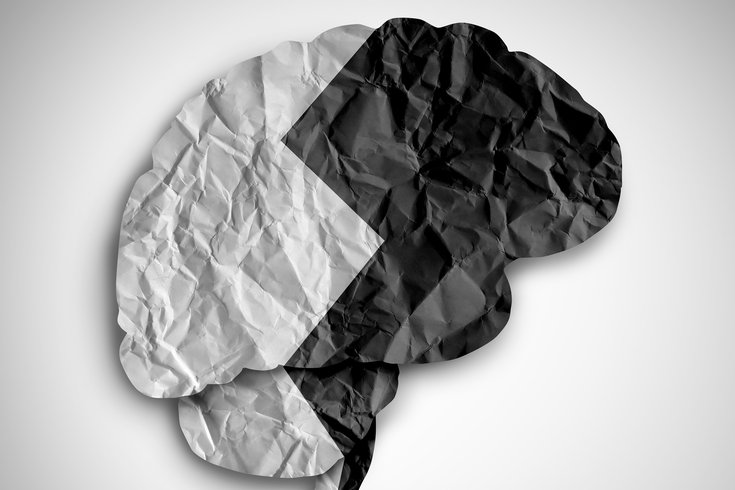 The mood swings experienced by bipolar people can affect their sleep, energy, activity, judgment, behavior and ability to think clearly.

Bipolar disorder often is initially misdiagnosed because some of its symptoms are similar to other mental illnesses.

People who are bipolar experience both intense highs and lows. These severe mood swings can negatively affect relationships and day-to-day functioning.

In addition, risk of suicide is high in people with bipolar disorder even during manic episodes, according to the National Alliance on Mental Illness. Because the disorder can progressively worsen without treatment, it is important to know the signs of this mental illness.

What is bipolar disorder?

People with bipolar disorder experience fluctuating periods of mania and depression. During depressive periods, people may feel sad or hopeless and lose interest in activities they usually enjoy. During manic periods, they may feel euphoric and full of energy or easily irritated. Some people may experience hypomania, a less extreme version of mania.

These mood swings can affect a person's sleep, energy, activity, judgment, behavior and ability to think clearly, according to the Mayo Clinic. Mood swing episodes may occur multiple times a year or very rarely. In between episodes, some symptoms are common, but some patients may not experience any.

When a patient has many periods of hypomania and depressive mood swings over two years as an adult, or over one year in childhood, they are diagnosed with a Cyclothymic disorder. Most people with bipolar disorder are diagnosed in their teenage years or their early 20s.

The challenge with diagnosing bipolar disorder is that the symptoms can vary over time and even from person to person. Many people with the disorder are initially misdiagnosed as being clinically depressed or having schizophrenia or borderline personality disorder. When given the wrong types of treatment, their symptoms can worsen instead of improve.

In addition, some younger people with bipolar disorder may have experienced depressive episodes but not yet had a manic episode, experts say. A misdiagnosis of depression can sometimes occur simply because a person has not yet experienced mania.

Other times it could be that manic episodes are not reported because the patient doesn't find the extra energy and motivations that comes with them problematic.

Symptoms of a manic or hypomanic episode include feeling abnormally positive, jumpy or wired, experiencing a sudden burst of activity or energy, an exaggerated sense of well-being and self-confidence, a decreased need for sleep, racing thoughts, unusual talkativeness and poor-decision making.

Symptoms of a major depressive disorder include feeling sad, hopeless, empty inside, loss of interest in everything, sleeping too much or too little, fatigue, inability to focus, feelings of worthlessness or inappropriate guilt and suicidal thoughts.

Because children and teens naturally experience mood swings, their bipolar symptoms can be harder to identify. Their pattern of episodes also can be different from adults with bipolar disorder. Bipolar moods swings are going to be more severe than their usual mood swings, mental health experts say.

Risk factors for bipolar disorder include a family history and periods of high stress or trauma that may trigger its onset. Researchers also have identified subtle differences in the size or activation of some brain structures in people with the mental illness.

Structural changes to the brain

A recent study confirms that abnormal changes to the brain can occur over time with bipolar disorder. The changes were most often associated with manic episodes.

Small brain imaging studies previously have hinted at structural and functional changes in the brain with the disorder, but data has been limited.

The latest study, however, documented abnormal changes in the brains of people with bipolar disorder over time. Some of the changes were specifically associated with episodes of mania.

The study, published in Biological Psychiatry, involved more than 70 researchers from the ENIGMA Bipolar Disorder Working Group. Dr. John Krystal, editor of Biological Psychiatry, said that "by combining data from 14 sites, we get one of the clearest pictures we have of the neurotoxic impact of bipolar disorder, particularly manic episodes."

Some cortical thinning is associated with aging, previous studies have shown. By analyzing magnetic resonance imaging and clinical data from 307 people with bipolar disorder and 925 healthy people, the researchers found that the cortex – outermost layer of the brain – thins over time to a greater extent in people who experience more manic episodes. People with bipolar disorder who did not have mania didn't exhibit any cortical thinning or thickening.

The biggest changes were found in the prefrontal cortex, where executional control and emotion regulation are housed. Compared to the healthy controls, people with bipolar disorder also demonstrated a faster enlargement in the brain's ventricles, which contain cerebrospinal fluid.

"The abnormal ventricle enlargements and importantly the associations between cortical thinning and manic symptoms indicate that bipolar disorder may in fact be a neuroprogressive disorder, which could explain the worsening of bipolar symptoms in some patients," said lead author Christoph Abé, of Karolinska Institutet in Sweden.