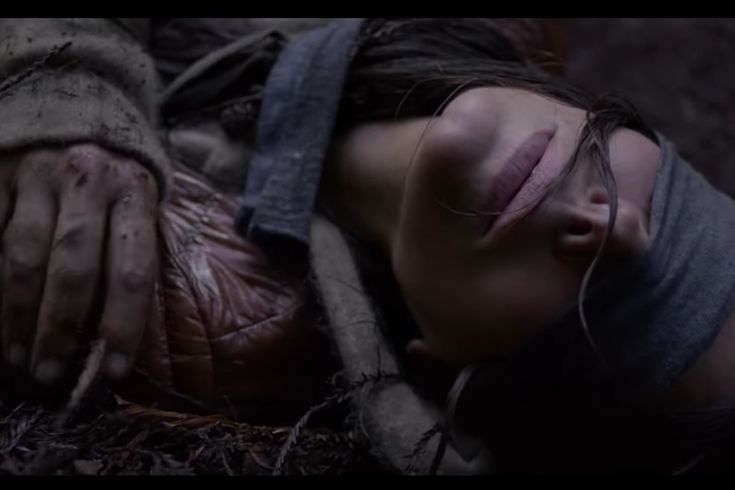 The new, Netflix horror film "Bird Box" will be released on Dec. 21.

If you haven't watched Netflix's apocalyptic horror movie "Bird Box" yet, which started streaming Dec. 21, what are you waiting for?

The movie starring Sandra Bullock seems to be the only thing people are capable of talking about at the moment.

There's been a flood of memes – Buzzfeed has done four (!) roundups already – on Twitter. Most have centered on how Bullock's character wears a blindfold to avoid a mysterious force. If you see whatever it is, you go crazy and commit suicide.

Well, some people have taken their obsession with "Bird Box" and "Bird Box" memes a little too far. People are now participating in the "Bird Box challenge." It involves blindfolding yourself and attempting to go about your daily life, while someone films it for the internet.

Sure, it can be hilarious, but it can also be incredibly dangerous, which is why Netflix issued a statement on the viral challenge.

Can’t believe I have to say this, but: PLEASE DO NOT HURT YOURSELVES WITH THIS BIRD BOX CHALLENGE. We don’t know how this started, and we appreciate the love, but Boy and Girl have just one wish for 2019 and it is that you not end up in the hospital due to memes.

But will anyone doing the challenge actually see the tweet...since, you know, they're blindfolded? Maybe a concerned friend can read it aloud.