Cutting back on screen time works, too 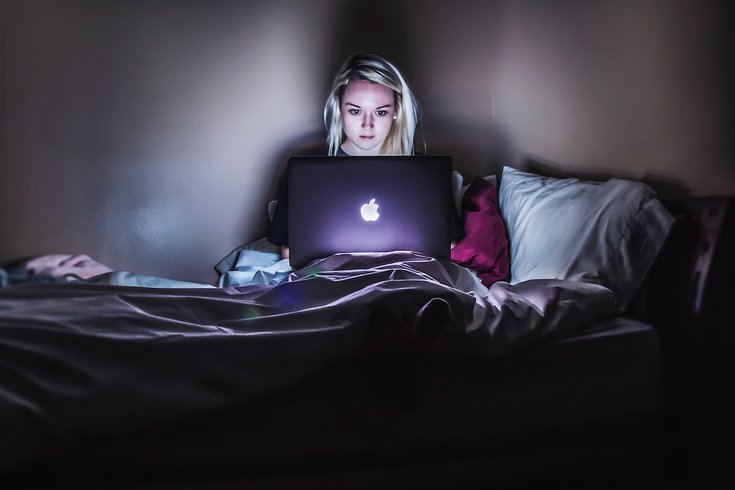 Health problems that stem from the blue light that emits from our devices, from phones to tablets, are something that people living 100-plus years ago never could have imagined.

By gazing into these devices for hours per day — as modern people tend to do — we run the risk of affecting our sleep patterns and damaging our eyes, the American Academy of Ophthalmology explains.

A new study served to delve deeper into how blue light affects sleep in teens, specifically. Researchers from the Netherlands Institute of Neuroscience, the Amsterdam UMC and the Dutch National Institute for Public Health and the Environment teamed up to determine how blue light is affecting teens and if this damage can be reversed.

RELATED READ: These glasses could be the long-awaited cure for your tech-induced migraines

According to the study’s news release, teens who spent more than four hours daily scrolling on screens averaged a 30-minute delayed sleep onset, wake up times and symptoms of sleep loss than those who spent only an hour per day.

Researchers gathered 55 Dutch teens for the five-week study, including 25 “frequent screen users” — the crowd that were on their phones for four-plus hours daily — 30 non-frequent users, the hour per day camp, Inverse reports.

To combat this, researchers assigned 25 teen participants to either wear blue light-blocking glasses or to completely abstain during their free time. The release explains that sleep onset and wake up times occurred 20 minutes earlier after just one week of changing their behavior. They also reported less symptoms of sleep loss.

In the release, Dr. Dirk Jan Stenvers from the Department of Endocrinology and Metabolism of the Amsterdam UMC, explains:

"Adolescents increasingly spend more time on devices with screens and sleep complaints are frequent in this age group. Here we show very simply that these sleep complaints can be easily reversed by minimizing evening screen use or exposure to blue light. Based on our data, it is likely that adolescent sleep complaints and delayed sleep onset are at least partly mediated by blue light from screens"

Inverse reports that the improved sleep patterns could be due, in part, to melatonin — our body’s sleep hormone that is thought to be subdued by blue light. This idea has been proven in other studies, the researchers note.