The special is set to premiere on the streaming service on Friday, June 10 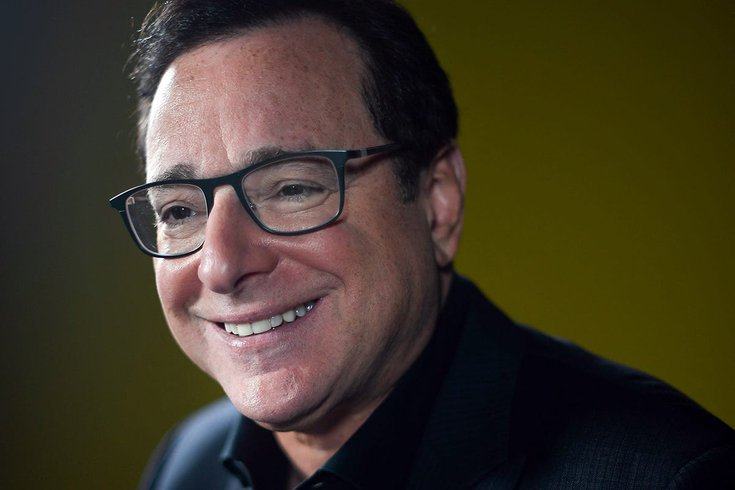 After Bob Saget died unexpectedly on Jan. 9 while on a comedy tour in Florida, fans and loved ones flooded social media with emotional reactions and praise for the late actor.

A few weeks after Saget's death, members of his family and friends from the entertainment industry got together at The Comedy Store in Los Angeles for a night of laughs and reminiscence. The gathering has now been turned into a special by Netflix called "Dirty Daddy: The Bob Saget Tribute."

The streaming service released a trailer for the special on Wednesday, which features guests like Saget's widow, Kelly Rizzo, and his two daughters, Lara and Aubrey. Some of the actor's "Full House" co-stars took part, including John Stamos, Dave Coulier and Candace Cameron-Bure.

"The most important thing to him was belonging to this club (The Comedy Store), to this group, to being a comedian," Rizzo said in the trailer.

The tribute was not planned as a major event, Stamos told CNN. Producer Mike Binder, a friend to Stamos and Saget, came up with the idea and set up a camera just in case. Though Stamos and Ross were set to host, other comedians and friends came trickling in unexpectedly, and "it just took off from there."

All proceeds from the live show went to support the Scleroderma Research Foundation, of which Saget was a board member and frequent supporter after his sister was diagnosed with the autoimmune disease at 43. She later died at 47.

Shortly after Saget's death, fans began circulating a compilation video of the comedian on social media. Its apt title, "Bob Saget never ended a conversation without saying 'I love you,'" features more than seven minutes of clips from his podcast "Here For You." It also includes late-night television appearances and shares the love he had for his friends and fellow comedians.

In one particular clip, Saget is seen sharing a heartfelt moment with comedian and actor Gilbert Gottfried, who died on April 12.

That sense of love and earnest appreciation was echoed in John Stamos' eulogy at Saget's memorial service, where he served as a pallbearer.

"Bob, I will never, ever have another friend like you," Stamos said. "You will always be my best friend. You are my new guardian angel — a guardian angel with the dirtiest mouth and a heart as big and benevolent as forever."

"Every one of us up here swears that we were his best friend," said comedian Paul Rodriguez during the Netflix special. "I think that's the mark of a liar, you know."

Saget, an Abington Senior High School graduate, got his first taste of comedy at age 17, performing in clubs throughout Philadelphia and its neighboring suburbs. He later attended Temple University, where he graduated in 1978 before moving to Los Angeles to start his career in the entertainment industry.

Saget credited broadcast television pioneer and Temple University professor Lew Klein — for which the media and communications college is now named — for getting him into the business.

He later booked two major television gigs, both as America's dad Danny Tanner on "Full House" from 1987-1995 and a spot hosting "America's Funniest Home Videos" from 1989-1997. Saget later reprised his signature role in "Fuller House," which aired on Netflix from 2016-2020.

Saget died at 65 from accidental head trauma, his family said in February after the comedian's body was examined by a medical examiner. The family later filed a lawsuit to keep additional information about his death records out of the public eye. Though autopsy results discovered that his death did not involve alcohol or drug abuse, the Orange County Sheriff's Department noted that they had to release information in accordance with Right to Know laws.

"Dirty Daddy: The Bob Saget Tribute" is set to premiere on Friday, June 10. You can check out the trailer below.