The Orange County Sheriff's Office said that it must remain committed to transparency and the law, despite any privacy concerns 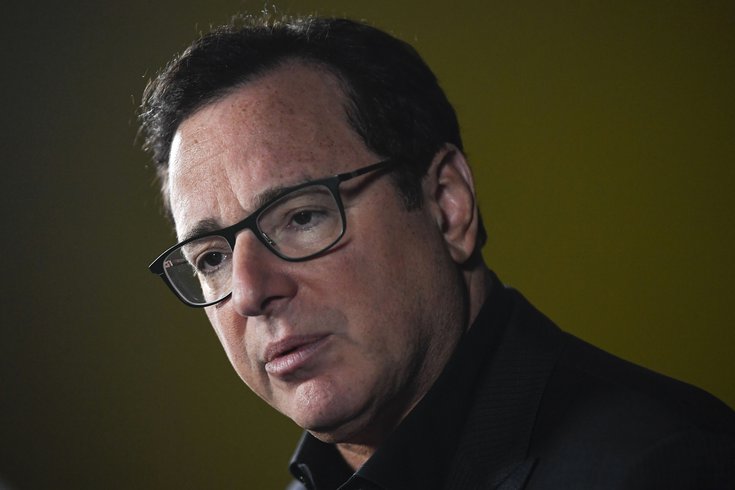 Bob Saget's family filed a lawsuit Tuesday against the Orange County, Florida's sheriff and medical examiner offices, requesting that some details regarding the comedian's death not be publicly released.

Bob Saget's family is taking legal action to prevent certain records from the investigation into the actor's death from becoming public.

Saget's wife, Kelly Rizzo, and daughters Aubrey, Lara Melanie and Jennifer Belle Saget from a previous marriage, filed a lawsuit Tuesday against the Orange County, Florida Sheriff's and Medical Examiner's Office, requesting that some details regarding the comedian's death not be publicly released.

The family argued that graphic photos, videos, audio recordings and other autopsy information obtained by local authorities during the probe into the actor's death should not be disclosed due to how these findings may portray him.

Publishing these records would cause "irreparable harm in the form of extreme mental pain, anguish and emotional distress" for Saget's family, the lawsuit said.

"The facts of the investigation should be made public, but these materials should remain private out of respect for the dignity of Mr. Saget and his family," the family's attorney said in a statement to CNN. "It's very simple — from a human and legal standpoint, the Saget family's privacy rights outweigh any public interest in disclosure of this sensitive information."

Saget was found dead in his hotel room at the Ritz-Carlton Orlando, Grande Lakes in January. He was 65.

The Orange County Medical Examiner's Office performed an autopsy following his passing, and an initial report found no evidence of drug use or foul play.

Saget's room was found in order when hotel security went to check on him at the request of his family, who had contacted the hotel after being unable to reach him. His left arm was lying across his chest and his right arm was lying on the bed.

Saget's family said last week that he died of accidental head trauma. The Medical Examiner's investigation determined that Saget accidentally hit the back of his head on something, thought nothing of the blow and went to sleep. Drugs and alcohol were found not to be involved.

The autopsy report found that Saget tested positive for COVID-19 and had an enlarged heart that was 95% blocked on one side. The probe also discovered the anxiety medication Clonazepam and antidepressant Trazodone in his system.

"While we are sensitive to the family's concerns about the right to privacy, that must be balanced with our commitment to transparency, compliance with the law and the public's right to know," the Orange County Sheriff's Office told E! News in response to the lawsuit.

Saget had just kicked off a new stand-up comedy tour in Florida. The tour included a March date at the Keswick Theater in Glenside, Montgomery County, just minutes away from where he grew up. The theater had become a frequent stop on his stand-up comedy tours in recent years.

The Abington Senior High School graduate got his start in comedy at age 17, performing in clubs across the Philadelphia region. Saget studied film at Temple University and kept his feet wet in comedy by doing improv at the University of Pennsylvania. After graduating college, he moved to Los Angeles to pursue his acting and comedy career.

Saget became best known for his role as single father Danny Tanner in the hit ABC sitcom "Full House" and the Netflix spinoff series "Fuller House." He also served as the original host of the weekly ABC series "America's Funniest Home Videos" and as the voice of an older Ted Mosby on the CBS sitcom "How I Met Your Mother."

He was also known for his raunchy, foul-mouthed comedy — a complete contrast from his do-no-wrong television personas.

Saget's most memorable comedic works include the 1998 cult classic "Dirty Work," which he directed, and his profane appearances on the HBO series "Entourage."

His 2013 stand-up special "That's What I'm Talkin' About" was nominated for a Grammy Award in 2014 for best comedy album.