The Philly-based delivery company rolled out its services in the U.K. in November, and plans to reach 33 more cities there by mid-2022 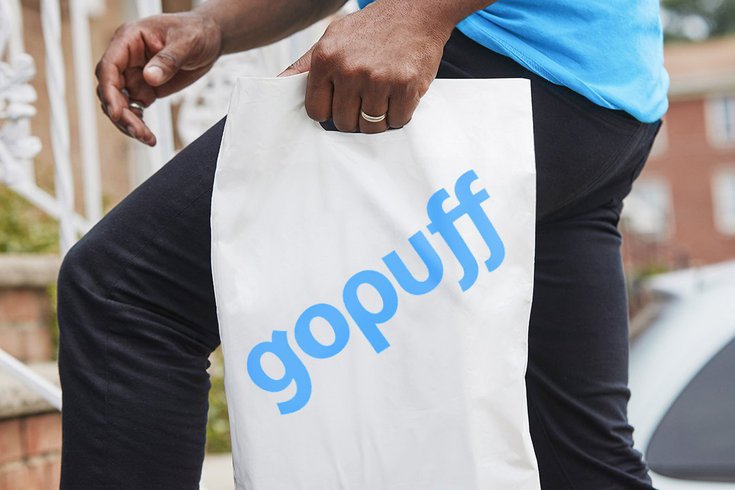 Gopuff has reached a multiyear agreement to become an official partner of McLaren's Formula One racing team starting in 2022.

Gopuff, Philadelphia's rapidly-growing digital delivery startup, is getting behind the wheel and into one of the most-popular motorsports in the world.

The instant delivery service has reached a multiyear agreement to become an official partner of McLaren's Formula One racing team starting in 2022, the company said Tuesday.

Gopuff's logo will be visible on the McLaren MCL36 race car during the 2022 Formula One season in the United States, United Kingdom and France. The company is expected to be featured heavily around a pair of F1 race weekends this season in Miami, Florida and the Circuit of the Americas in Austin, Texas, Sports Business Daily reported.

The partnership will also provide Formula One fans with opportunities to win delivery experiences and rewards through the Gopuff app. U.K. customers who order through Gopuff before Feb. 20 will be automatically entered for a chance to win a VIP McLaren Formula One race weekend experience. McLaren merchandise will also be available to fans through the delivery platform's app.

"Being the exclusive instant needs partner of McLaren Racing is a validation of just how quick, seamless and reliable the Gopuff experience is," Gopuff Senior Vice President Daniel Folkman said. "Working with this prestigious race team creates a new opportunity to connect with our respective fans and customers and have some fun along the way."

This is Gopuff's first major foray into the realm of auto racing. The company previously did a one-off campaign in the NASCAR Camping World Truck Series and has also partnered with the Sixers and UFC.

McLaren has auto racing teams that compete in Formula One, Indy Car, Extreme E and esports. The U.K.-based automaker's Formula One squad has won 182 grand prix titles and 20 world championships.

"We are delighted to announce our partnership with Gopuff ahead of the 2022 season," McLaren Racing CEO Zak Brown said. "Gopuff is the pioneer of the instant delivery category in the U.S, which has seen rapid global expansion over the past year along with remarkable growth in Europe. We look forward to collaborating on campaigns and going racing together."

Gopuff's partnership with McLaren comes as the instant delivery service continues to rapidly expand internationally, with a specific emphasis on Europe.

The company made its first expansion outside of the U.S. in November, when it rolled out its delivery service in the U.K. and France. Gopuff has established more than 30 of its micro-fulfillment centers so far across Europe and is planning to expand its services to 33 cities in the U.K. by mid-2022.

As it continues to grow its footprint across the Atlantic Ocean, Gopuff has partnered with or purchased local brands in the U.K. Last year, the company acquired Fancy, a U.K.-based on-demand grocery delivery platform. The startup also partnered with artisanal ice cream maker Little Moons and independent coffee sellers Noxy Brothers.

Gopuff's services are now available in more than 1,000 cities, and the company has established more than 550 micro-fulfillment centers across the U.S. and Europe. For a flat delivery fee of $1.95, customers can access thousands of grocery and household items from the company's strategically-placed micro-fulfillment centers and have these products delivered to their doorsteps in under 30 minutes.

The company was co-founded in 2013 by Drexel University graduates Rafael Illishayev and Yakir Gola, and has its headquarters in Northern Liberties.

A series of major investments over the last year in both the U.S. and Europe have driven Gopuff's valuation up to around $40 billion, giving the company the pocketbook it needs to further expand its presence, acquire other businesses and strengthen relationships with local partners to bring their products to the company's platform.

Gopuff's rapid growth has also prompted talks about the company possibly going public in the near future.