Lawmakers are considering adding mandatory lessons that would teach students about the social, political and historical contributions of people with disabilities 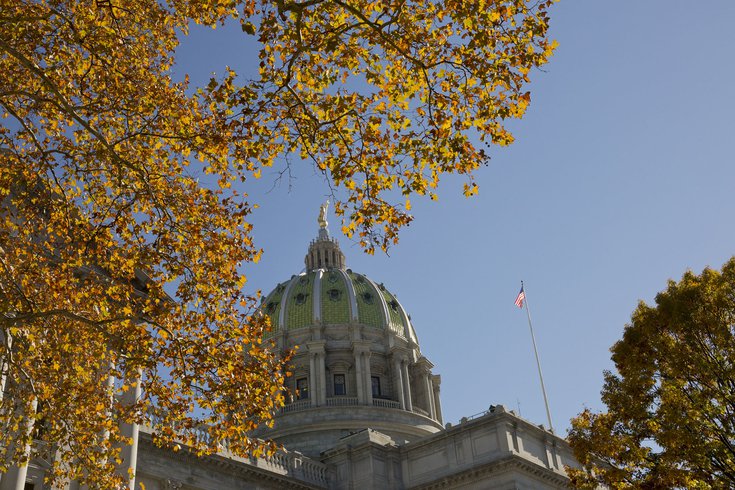 A disability-inclusive curriculum would be adopted by several Pennsylvania schools under bipartisan legislation being considered in the state House. The legislation aims to teach students about the social, political and historical contributions of people with disabilities.

Judy Heumann was denied enrollment to a Brooklyn elementary school as a 5-year-old girl due to her use of a wheelchair, which she needed as a result of polio. She spent her summers at a New York camp for disabled children, which eventually became the backdrop for the 2020 Netflix documentary "Crip Camp."

Heumann, who was born in Philadelphia in 1947 but grew up in Brooklyn, recognized from an early age that she was being treated differently than others.

"It was very clear as I was growing up that there was not an expectation that I or the millions of other disabled people who lived in the United States were expected to ... contribute to society," Heumann said upon being honored by the National Education Association last July. "Even being that young ... (we) realize(d) that the status quo was not what it needed to be."

A staunch advocate for disability rights, Heumann helped develop the Americans with Disabilities Act in 1990. She went on to serve in the Obama administration as the special advisor for international disability rights.

Heumann's contributions are part of a centuries-long history of disability rights movement, but much of that is not taught in elementary, middle and high schools.

That is why a Pennsylvania parent invoked her name last week during a state House Special Education Subcommittee hearing, where bipartisan legislators listened to public comment on a bill that would create a disability-inclusive curriculum in Pennsylvania schools.

"My children have had the enormous benefit of witnessing and being a part of the disability rights movement, and understanding just what it means to normalize accommodations and disability,"  Erin Gabriel, of Hanover Township, Northampton County, said. "Obviously, not every kid gets that opportunity. Not every family has the time or resources to ensure that their kids, whether they are disabled or not, can share in witnessing and learning about the civil rights movement that is the history of disability rights. And that's where schools should step in."

The legislation was introduced in October by Republican Rep. Jason Ortitay, of Western Pennsylvania, with support from several House Democrats, including Rep. Joe Hohenstein, of Philadelphia. The bill would create a pilot program to provide instruction in at least eight Pennsylvania schools on the social, political and historical contributions of people with disabilities.

What sets it apart from other inclusive curriculum laws, though, is its reach. At least two of the eight schools chosen for the pilot program would be nonpublic – either select private schools or Catholic schools.

If the curriculum at the test school is successful, lessons about people has the potential to be implemented on a much wider scale, including in public schools throughout the state.

Other states have adopted laws for disability-inclusive education, including New Jersey, which included a disability-centric curriculum alongside its LGBTQ+ curriculum. California and Maryland have implemented similar curriculums.

The legislation comes as school curriculums have become a hot-button issue, particularly in regard to race. Several states have passed legislation aimed at eliminating the teaching of critical race theory. Additionally, Florida lawmakers have proposed banning discussions of race, gender and sexual orientation in K-12 settings.

Still, inclusive education has seen a boost in many states, including New Jersey, which is adding Asian American and Pacific Islander history to its public school curriculum.

Hohenstein, one of the two legislators heading the bill, spoke about his own journey as someone who is hard of hearing. He spoke about "how far" children have come since he was a kid, knowing that he had to wear hearing aids for much of his life. He said the bill, if passed, can help children find the "diversability" within themselves, even if they do not have a medical disability.

"Hopefully, this bill can be passed this year," Ortitay added. "Today was one of the best hearings I've ever had in my seven years in office. We built a lot of momentum, and we're going to make some progress."

The disability inclusion curriculum is expected to receive a vote in the House Committee on Education in the coming months.