Though water service is returning to the neighborhood after the Feb. 9 incident, repairing the flood damage could take months 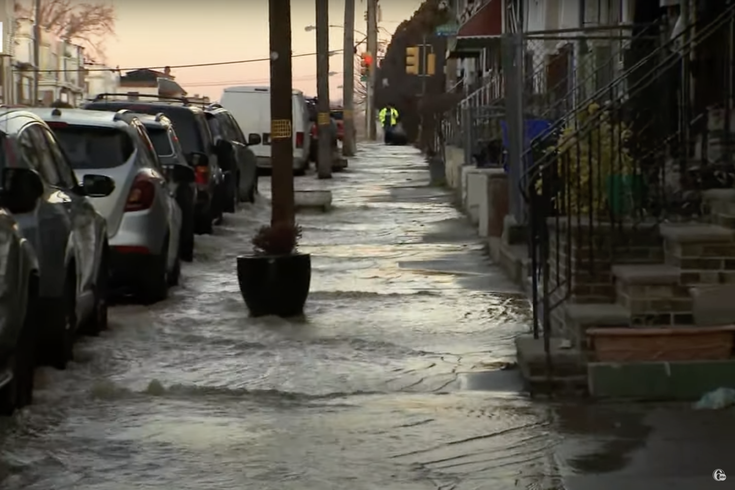 At 6 a.m. on Feb. 9, a century-old water main broke near the intersection of 56th St. and Springfield Ave. in the city's Kingsessing neighborhood, sending floodwaters across much of the community. Though the break has since been sealed, crews were out throughout the day on Saturday to assess the damage, which they say could take months to completely repair.

Representatives Dwight Evans and Mary Gay Scanlon penned a letter to Pennsylvania Gov. Tom Wolf, urging him to provide assistance to speed up the repair of the community, even with a potential disaster declaration. In the letter, both lawmakers wrote that "a swift response is essential to provide support to Kingsessing and the families affected by this disaster."

The letter seeks both state and federal funding to support the clean-up, noting the economic damage to the businesses in the community that have not yet been able to reopen. In particular, Evans and Scanlon are asking for Wolf to consider using resources within the Pennsylvania Emergency Management Agency (PEMA), including a possible disaster emergency proclamation, to respond to the water main break and facilitate repairs to the community.

The lawmakers note that they are prepared to support Gov. Wolf in a potential request for FEMA assistance, and ask that he consider requesting a disaster declaration from the Small Business Administration depending on the amount of properties in the area that are in need of damage repair.

Yesterday, I toured the water main break in southwest #Philly – an issue that I voted to fix with @POTUS Biden’s new #Infrastructure & Jobs Act.

Today @RepMGS and I sent a letter to @fema & @PEMAHQ urging them to expedite disaster relief. pic.twitter.com/FMaEiV7LOw

They also note a similar water main break, which occurred in Queen Village in July. At the time, community members reported extensive property damage due to flooding, which reached up to four inches at some points.

"We are especially concerned by reports that damage caused by a similar water main break in the neighborhood of Queen Village last July has not been adequately addressed in a timely manner, leading to continued closures of small businesses, economic hardship, and unrepaired infrastructure," the lawmakers wrote. "A similar delay in response to the incident in Kingsessing would have incredibly damaging effects on both the local community, as well as greater Philadelphia."

Winter months tend to be the most difficult for these types of damages, as the colder weather stresses the aging infrastructure. The water department, which serves more than 2 million people throughout Philadelphia, currently has 15 active water repairs, including the on-going clean-up in Kingsessing.