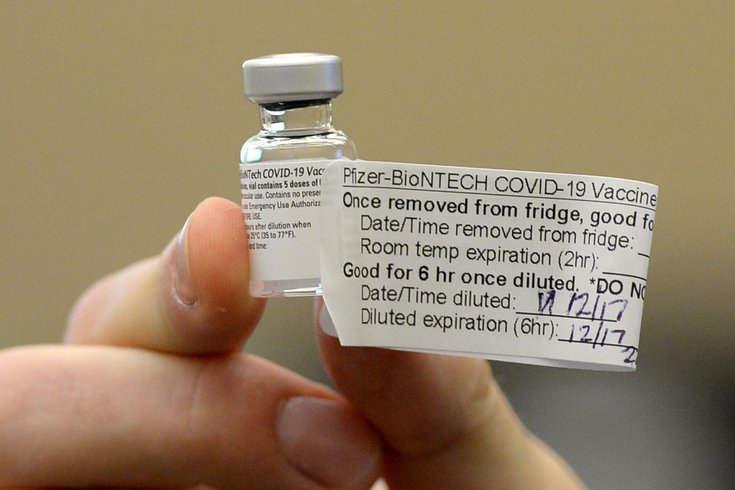 Andrei Doroshin, the head of Philly Fighting COVID, agreed to a settlement with Pennsylvania authorities, which states that he must pay a $30,000 restitution, not work in Pennsylvania for the next 10 years, and destroy all personal data collected through the nonprofit's pre-registration process administered at the beginning of 2021.

Andrei Doroshin, the former graduate student at the center of Philly Fighting COVID, the organization that initially partnered with the city of Philadelphia to administer the COVID-19 vaccine rollout in early 2021, agreed to a settlement with Pennsylvania authorities on Friday.

According to Attorney General Josh Shapiro, Doroshin is required to dissolve the start-up, destroy all private data collected, and is banned from doing any work of this kind in Pennsylvania for the next 10 years.

Doroshin is also encouraged to pay the required $30,000 restitution for damages caused by the vaccine controversy by Sept. 5 in order to avoid an estimated $30,000 in additional fees. The civil complaint filed by Shapiro says that Doroshin violated Pennsylania consumer protection, charitable solicitation, and nonprofit corporation laws.

Philly Fighting COVID was a nonprofit organization tapped by Philadelphia city officials to help with the rollout of the COVID-19 vaccine when it was first released to the public, and was primarily intended for senior citizens and those with severely compromised immune systems.

The organization, primarily made up of college students with no formal medical training, switched to for-profit status without telling city health officials. This swap came with an updated terms of service, which allowed for Doroshin to sell the private data collected through the organization's pre-registration process ahead of administering vaccines.

"Mr. Doroshin put people's privacy at risk under the guise of serving as a nonprofit, and he is now being held accountable for those actions," said Attorney General Josh Shapiro. "Under the terms of this settlement, Doroshin must destroy all of the private data gathered through Philly Fighting COVID's pre-registration services, and is banned from doing any work of this kind in Pennsylvania for the next decade."

Members of the organization reportedly began vaccinating one another with doses intended for more vulnerable populations in Philadelphia.

Philly Fighting COVID collected several pieces of private information on residents during its short-lived time working in collaboration with the Department of Public Health, including birth dates, professions, zip codes, and household sizes.

A consent decree has been submitted to Commonwealth Court and awaits approval. Once it's approved, Doroshin has 90 days to dissolve Philly Fighting COVID. If any of the terms of the settlement are violated, the organization and its members are liable for up to $700,000 in damages to Pennsylvania.

The restitution will be paid to Shapiro, who will distribute it to one or more nonprofit organizations working to provide COVID-19 testing and vaccination to disadvantaged communities.

In a joint statement, Mayor Jim Kenney thanked Shapiro for his work in to hold Doroshin accountable. He noted that more than 80% of adults in Philadelphia are fully vaccinated, and 90% of residents aged 12 and older have received one dose.

"As we've said previously, working with Philly Fighting COVID was a mistake," Kenney said. "Over the past 13 months, I'm proud that Philadelphia has become one of the most vaccinated cities in the country. That is thanks in no small part to the Department of Public Health's tireless efforts and our incredible healthcare partners."

Those looking to schedule a vaccine appointment can do so at one of Philadelphia's community health centers, or through this national database of available appointments. Anyone aged 5 and above is eligible to be vaccinated.