Lawmakers hope to pass legislation that will further expand the initiative before the end of Gov. Tom Wolf's last term 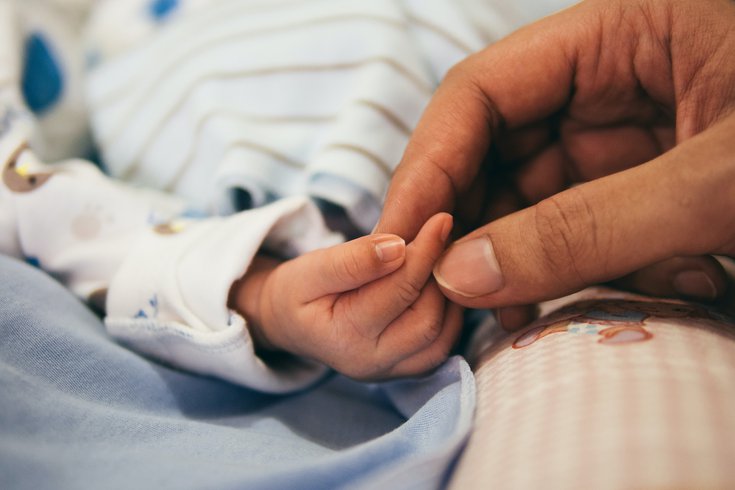 Pregnant women at SCI Muncy in Lycoming County will have access to doula services as part of a pilot program from the Department of Corrections and Human Services. SCI Muncy is the processing center for all women as they enter Pennsylvania prisons.

Pregnant women at one state prison in Pennsylvania will now have access to doula care as part of a pilot program aimed at improving re-entry outcomes for incarcerated mothers.

Services for the program will be provided by Williamsport-based Genesis Birth Services, with funding from the Tuttleman Foundation. The pilot will begin at SCI Muncy in Lycoming County, which serves as the processing center for all women entering the state's prison system.

A doula is a trained companion who serves as an emotional, mental, and physical support for pregnant women before, during, and after childbirth. They provide non-clinical support, like assisting with nursing, feeding, and perinatal depression and anxiety. Doulas have been associated with more positive birth outcomes, particularly for socially disadvantaged women.

Though the pilot program will implement doula services in just one of three female or co-ed prisons that are operated under the state's Department of Corrections, organizers hope to expand the services to the rest of the system in order to support mothers who re-enter society after incarceration.

"Pregnancy is an incredibly rewarding period for a mother, but it can also be a physically and emotionally challenging time where a mother must monitor not just her own health and wellbeing, but that of her child," said First Lady Frances Wolf. "Going through this critical time while incarcerated separates a woman from her support network and normal care providers."

The Department of Corrections estimates that there are an average of 30-50 pregnancies per year within the state's correctional facilities. More than half of the women in U.S. prisons and 80% of all women in jails are mothers.

"Offering doula services to women who are incarcerated will give them the advocate they deserve to help them through their pregnancy, childbirth, and postpartum," said Acting Department of Human Services Secretary Meg Snead. "It also helps foster a continued connection that will be beneficial when they reenter their communities and parent in person."

The doula care services will work to grow a new support network for incarcerated pregnant women, and will continue to work with them even after they have re-entered society and returned to their lives. This includes home visiting, assistance in child care, cash assistance, and other supports usually overseen by DHS.

First Lady Frances Wolf is spearheading the effort as part of her initiative to support women re-entrants after they are incarcerated. In a series of panel discussions with experts who work with and advocate for incarcerated women, Wolf has discussed maternal mortality, recidivism, and ways to improve familial outcomes and keep mothers with their children post-incarceration.

"Viewing parents as more than their circumstance by providing access to supportive resources such [as] birth and postpartum doulas while both incarcerated and in the community will be instrumental in improving maternal morbidity and infant health outcomes within the Commonwealth of Pennsylvania and beyond," said Gerria Coffee, founder of Genesis Birth Services.

The Center for American Progress released the results of a case study in 2018 that found when low-income and minority women were provided care from a doula or similar family-centric specialist, they had zero infant and maternal deaths.

The Centers for Disease Control and Prevention found that Black women are three times more likely to die from a pregnancy-related cause than white women. In that case, having an advocate to support pregnant women through the childbirth and postpartum experience has shown a net positive gain for both mothers and infant children.

While the pilot is limited, a group of lawmakers wants to permanently enshrine related programming in Pennsylvania state law before the end of Gov. Tom Wolf's last term. The legislation was born out of concern that the rate of incarcerated women in the state has been steadily increasing for decades.

Philadelphia Rep. Morgan Cephas, who took part in Wolf's panel discussion on maternal health outcomes in November, is among the four legislators pushing the bipartisan Dignity for Incarcerated Women Act, which was introduced in the State House in September.

In it, the legislators — led by Republican Rep. Mike Jones of York County — propose eight "best practices" for providing safe practice and enforcement in state-run facilities. These include prohibiting the shackling of pregnant women, the solitary confinement of pregnant women, providing for up to three days of postpartum bonding time for the mother and infant, and providing for trauma-informed care for correctional officers working with pregnant women.

Other focuses include allowing for adequate visitation for incarcerated parents who are the primary caregivers of their minor children, whether male or female. The bill would also require correctional facilities to provide feminine hygiene products to women at no cost, and prevents full body searches of female prisoners by male guards.

The legislation has stalled in the House Judiciary Committee since its introduction in 2021. Jones, Cephas, and the other House representatives supporting the bill hope to have it passed before Gov. Wolf leaves office in January 2023.