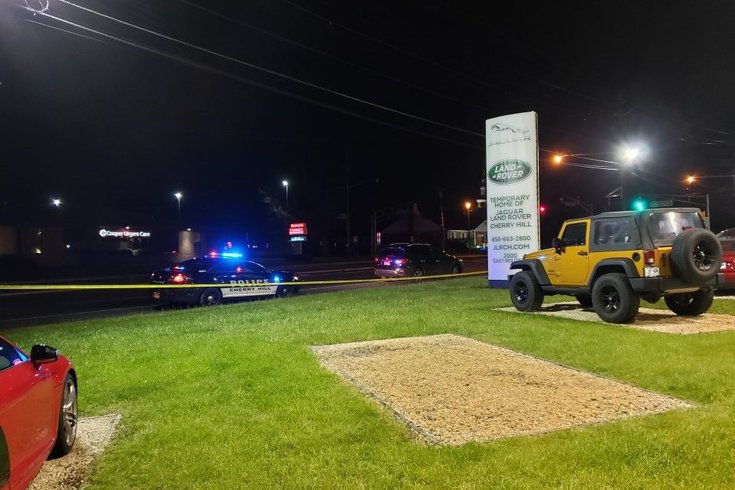 A body was found inside a burning car located in a parking lot off Route 70 West in Cherry Hill, officials said.

Police and firefighters found a body inside a burning car in South Jersey on Thursday night.

Authorities were called at 9:20 p.m. to the parking lot of a Land Rover auto dealership on Route 70 in Cherry Hill, where they discovered the body, according to the Camden County Prosecutor's Office.

The prosecutor's office and Cherry Hill police are conducting a joint investigation. They have not yet identified the deceased individual.

A photo released by investigators shows the front lot of a Land Rover Dealership with caution tape surrounding it.

Officials did not release any more information on the incident.