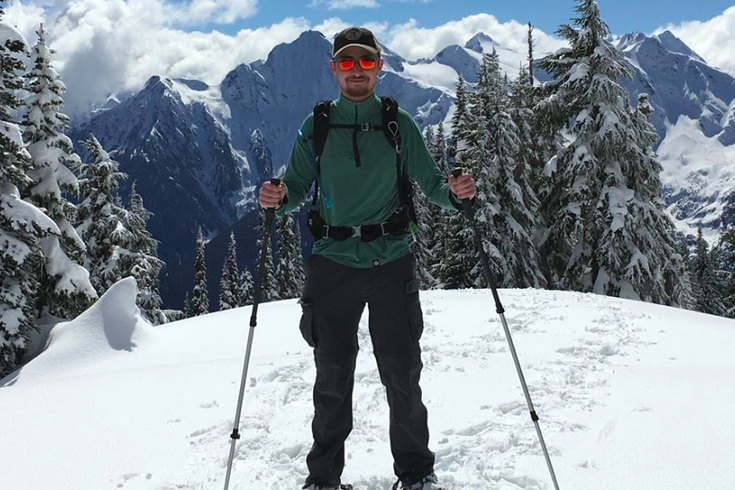 Months after a search through the mountains of western Washington State, crews have recovered the body of 20-year-old Zach Krull, the avid hiker and New Jersey native who went missing at Olympia National Park.

In a Facebook post Sunday, Krull's parents announced the conclusion of the 12-week search for their son, who went missing during an April hike in the Flapjack Lakes region of the park. The Livingston native's body was discovered over the weekend by a hiker, according to the Peninsula Daily News, and an autopsy is scheduled for Friday.

Krull was reported missing April 11 when family members said he failed to return from an overnight hike in the area of Lake Cushman. The ensuing search and rescue effort was complicated by severe weather, including an avalanche whose location was surrounded by footprints that may have belonged to Krull.

At the time of his son's disappearance, Krull's father told the Peninsula Daily News that Zach had recently transferred to Evergreen State College with plans to become a forest ranger.

The Krull family held a memorial service for Zach in late April after it became clear his chances of survival were unlikely beyond that point.

Krull's body was one of three recovered at Olympia National Park over Independence Day Weekend. Crews continue to search for Jacob Gray, a California native who also disappeared at the park around the same time Krull went missing.