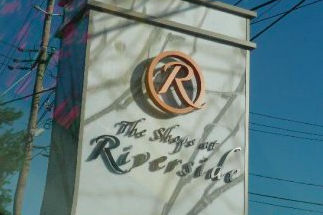 The Shops at Riverside in Hackensack, New Jersey.

A graffiti bomb threat found by a security officer at the Shops at Riverside mall in Hackensack, New Jersey, prompted an evacuation Saturday afternoon as police and members of the Bergen County bomb squad converged at the scene to investigate.

According to Hackensack Police Captain Timothy Lloyd, the security officer discovered the graffiti in a lower-level restroom and immediately notified authorities, NorthJersey.com reports.

The mall was quickly evacuated to allow the Bergen County bomb squad and K-9 units to conduct a sweep of the building. Officials confirmed that the mall was temporarily closed.

Some shoppers took to Twitter to described the chaotic scene.

So scared. Just told to evacuate at #riversidesquaremall. Possible bomb threat. This is a crazy world we live in! 😳

The evacuation and police have activity have caused significant delays and a diversion of traffic to Route 4, authorities said.

At approximately 4:00 p.m., the mall was reopened to customers after police completed their sweep without encountering any suspicious items. Officials did not reveal the exact content of the graffiti note.