Book Review: 'Seinfeldia — How a Show About Nothing Changed Everything' 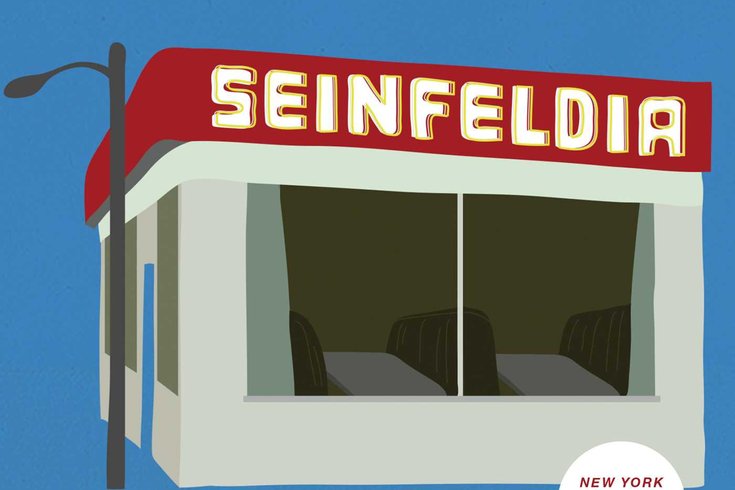 By now, even those of us who somehow missed “Seinfeld” during its prime (it ran from 1989 to 1998) are probably familiar with a few of its most notorious references. The bad breaker-upper, the close-talker, Festivus, the Soup Nazi — these things have approached ubiquity, bolstered by reruns and cemented by the frequency with which they still resonate.

“Seinfeldia” — a cross between a compendium of oddball Hollywood facts and a straight-up biography of the beloved sitcom — takes a detailed look at the kind of impact the so-called “show about nothing” has had on popular culture. Jennifer Keishin Armstrong is a kind of archaeologist, digging up forgotten artifacts and behind-the-scenes insights from the show’s history to consider with fresh eyes.

Its failings — like the lack of racial diversity, a big criticism both then and now — are examined, but there’s also a lot of fan worship in these pages. So many stories about how the show was changing television as we know it, how it launched Jerry Seinfeld into the mainstream, how the show could take a seemingly ordinary premise, like waiting for a table at a Chinese restaurant, and turn it into a statement on privilege and class warfare.

Needless to say, the show had a major impact on many of the sitcoms that followed in its wake. Few have come close in terms of pop culture permeation. Today, there are dozens of websites dedicated to minuscule facets of the Seinfeld universe: Kramer’s real name, George’s pool defense, the ins and outs of makeup sex. There’s even a Seinfeld Wiki. 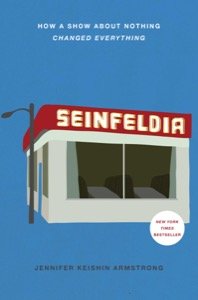 One of the more interesting bits in Armstrong’s book, however, is centered on the character of Elaine Benes, who broke a kind of glass ceiling when it came to how women were portrayed on television. The mostly male writing staff approached her character like they would a guy, giving her no shortage of attitude and scenarios to challenge her ethical firmament. Not even Roseanne could be quite as devious as Elaine. She wasn’t a vixen or a saint, nor was she especially fragile. She was a pretty complex New Yorker with her own unique rulebook on life and even more memorable moves on the dance floor. To this day, there are still Elaine Benes dance contests popping up around the world.

Some of us may have retired our fan cards years ago (perhaps joining the “Curb Your Enthusiasm” club), but I have a feeling this smart little book could rekindle nostalgia for even the most obscure Seinfeldian favorites around the proverbial water cooler. Babka, anyone?