Malcolm D. Lee, who most recently worked on 'Space Jam: A New Legacy,' is reportedly in talks to direct the project 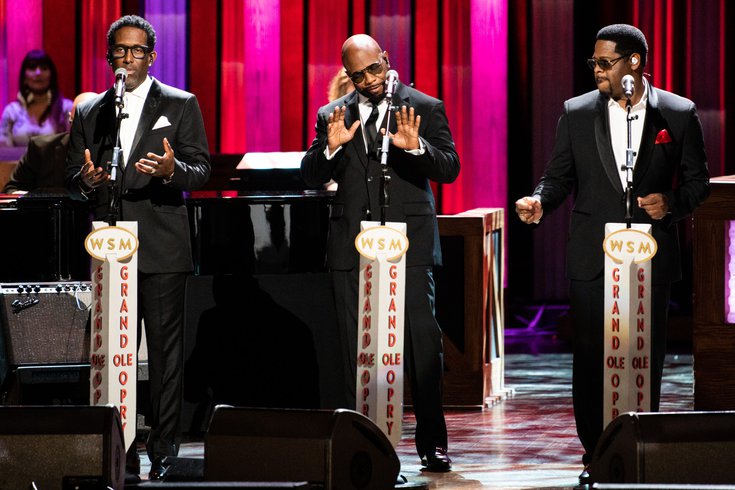 Boyz II Men's discography will be featured in "Brotherly," a coming-of-age movie musical from Amazon Studios and Malcolm D. Lee's Blackmaled Productions. Lee is also in talks to direct the project, which was first reported by The Hollywood Reporter.

A film based on Boyz II Men's discography is reportedly in the works from Amazon Studios and Malcolm D. Lee's Blackmaled Productions, according to recent reports.

The movie musical will tell a "coming-of-age" story about four men who return to their West Philadelphia school for a reunion following graduation, and showcase how they've changed in the 20 years since they last saw one another.

The musical, which will feature songs from the R&B trio's 80s and 90s catalog, is not a biopic, according to The Hollywood Reporter, who was the first to report on the project.

There is limited information on how the Boyz II Men catalog will be used, but the film is influenced and "inspired" by the R&B group and their discography.

According to the synopsis, the four men return after going their separate ways, "eventually finding hope, redemption, and a new understanding of the enduring power of friendship."

Though Malcolm D. Lee's production company is working on the film, Lee himself is in talks to direct the project. He most recently worked on "Space Jam: A New Legacy," which featured basketball legend LeBron James. He has also worked on "Girls Trip," "Welcome Home, Roscoe Jenkins," and his debut, "The Best Man."

2021 marks the 30th anniversary of Boyz II Men's debut album, "Cooleyhighharmony," which peaked at number 3 on the Billboard Hot 100 in 1991, and took home the Grammy Award for Best R&B Performance by a Duo or Group in 1992.

Audacy reports that alongside Lee, the R&B trio themselves – Nathan Morris, Shawn Stockton, and Wanya Morris – will assist in producing the project, which has not yet been given a release date.

The musical will be written by Marcus Gardley, a poet, playwright, and screenwriter who recently scored a deal with Amazon Studios after working as a staff writer on "Z: The Beginning of Everything." Gardley has also been writing "What's Going On," a Marvin Gaye biopic, and has recently worked on "The Color Purple Musical" which is in production at Warner Brothers' Studios.