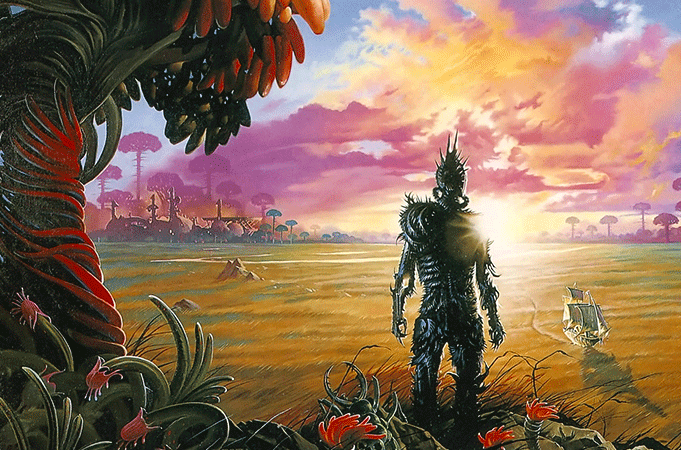 Fans of science fiction can start looking forward to an upcoming TV adaptation of one of the genre's most celebrated novels, Dan Simmons' 'Hyperion,' led by a talented team of producers including Bradley Cooper.

Syfy announced on Wednesday that it will team up with Cooper, Graham King ('The Departed,' 'Argo'), Todd Philips ('The Hangover,' 'Old School') and writer Itamar Moses ('Boardwalk Empire') to produce the best-selling novel and Hugo Award winner as an event series, according to The Hollywood Reporter.

“It is an absolute honor to enter into the world created by Dan Simmons that is arguably one of the greatest works of science fiction, and help realize it for television audiences,” said Cooper, who will serve as co-executive producer along with Moses.

'Hyperion' (1989) is a futuristic "frame story" with a structure mirroring Geoffrey Chaucer's 'The Canterbury Tales.' The entire galaxy is at war in the 28th century and Armageddon looms as seven pilgrims seek to unravel the riddles of their lives. Each pilgrim has a hope and each bears a secret that may hold the survival of humanity in his hands.

No word on when the series is likely to air, but it continues SyFy's recent push to revive science-fiction and fantasy classics, including Arthur C. Clarke's 'Childhood's End' (1953), which will debut as a mini-series sometime in 2015.