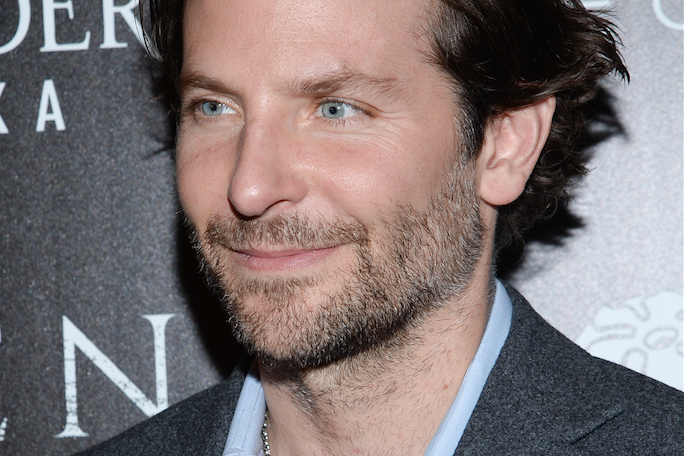 Bradley Cooper attends a special screening of "Serena", hosted by The Cinema Society and Dior Beauty, at the Landmark Sunshine Cinema on Saturday, March, 21, 2015, in New York.

The chemistry between the two was particularly apparent in "Silver Linings," sparking curiosity among many about whether or not there might be a real-world dimension to it given their ongoing work together.

Appearing Wednesday on The Howard Stern Show, Cooper shot down speculation of a potential romantic relationship with Lawrence – or, as Stern characteristically put it, whether the two will have ever have sex.

"Never," Cooper said, adding that their appearance together in multiple films stems from director David O. Russell's casting preferences. Previously, Cooper had said Lawrence's age was a factor despite being in a relationship with Suki Waterhouse, who has the same 15-year gap. On Wednesday, he clarified that his remark was only meant to diffuse the situation. The simple truth, he explained, is that they are too good of friends.

"It just didn't happen," Cooper said. "It's not the way we are together."

Cooper recently came out in defense of Lawrence's op-ed in Lena Dunham's Lenny Letter, "Why Do I Make Less Than My Male Co-Stars?," which attacked Hollywood's gender wage gap and specifically mentioned the pay discrepancy between male and female actors in "American Hustle," revealed in e-mails exhanges amid the hack of Sony Pictures.

"Every place I've gone in the last week for 'Burnt,' I mean, that's all people are asking about, which is great," Cooper said Wednesday when Stern asked about it.

"Burnt," which debuts in theaters Friday, October 23, follows Cooper as Adam Jones, a rising chef plagued by erratic behavior and drug problems as he tries to resurrect his life and career in London.