Brandon Graham's goal is to obliterate the single-season sack record 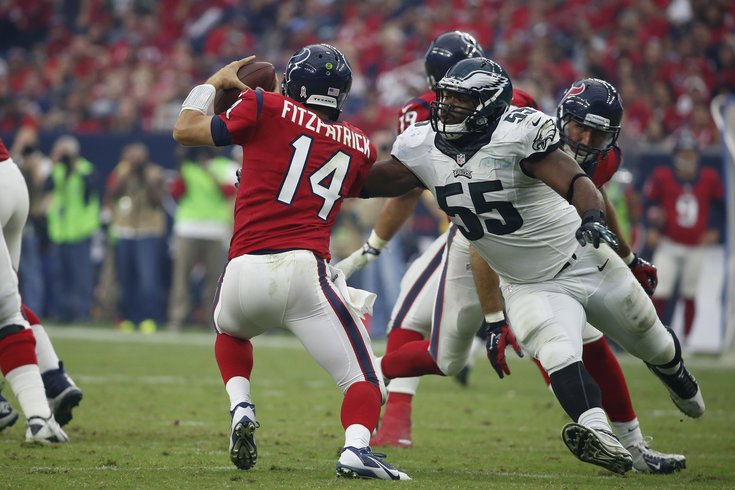 Brandon Graham wants to break the sack record by 9.5 sacks. No big deal.

Watch out, Michael Strahan. Brandon Graham is gunning for your sack record.

When told that Strahan's single season sack record is 22.5 sacks, Graham responded, "Hey, let me tell you, two per game. That's all. Take it how you want it. I ain't saying nothing but two per game."

Graham has lofty goals for other players too. "Nelson (Agholor), I'm telling you, might be Rookie of the Year." He expanded on that by noting that Agholor is among the first players in the building every day.

"I'm a Nelson fan, let me tell you," said Graham. "That boy comes to work every day. It's me up here, J Matt (Jordan Matthews), and him. And Tebow, obviously.

"Tebow, man, he's in here early. Sometimes he just pops up out of nowhere, like 'Man, I've been here.' 'Where'd you come from?' But he's always in the meeting room looking at film, trying to get better. I'm not a GM or anything, but that's a guy who puts in the work, somebody that you can trust going in and knowing his role, whatever that is. Whatever the coach says, he's going to do it the best he can."

If Brandon Graham gets 32 sacks this year, maybe Eagles fans will stop bringing up the fact that the Eagles could have drafted Seahawks safety Earl Thomas instead.