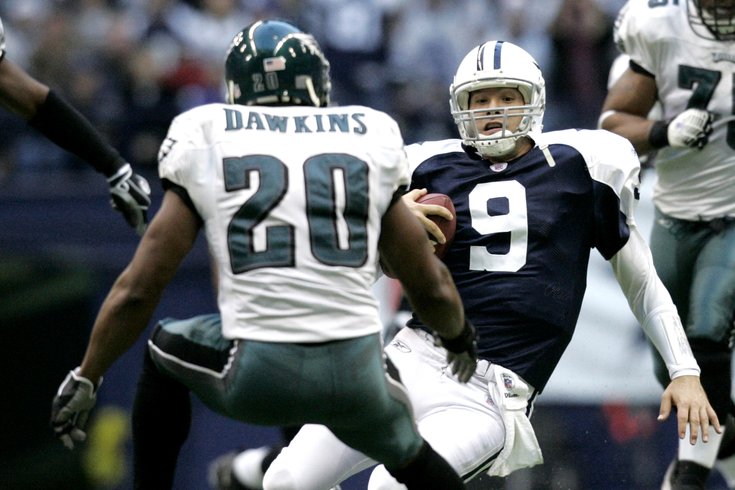 It doesn't seem like that long ago that Brian Dawkins was forcing fumbles and having them returned for touchdowns in the 2008 "44-6 game" against the Dallas Cowboys. That was one of his final games in Philly before heading to Denver for three seasons. In 2012, Dawkins retired. In 2017, he'll be eligible for the Hall of Fame.

We all remember Dawkins' highlights, and most Eagles fans even have their favorite specific Dawkins moment. But what often gets lost in the big hits on running backs, receivers, and tight ends are his statistics, which are surprisingly outstanding when compared to other safeties of this era.

Here's a quick list of the "elite" safeties who have played at some point in the NFL in the last decade, in alphabetical order.

Among those five safeties, Dawkins was second in tackles, second in sacks, first by a mile in forced fumbles, first in fumble recoveries, and second in interceptions, but way behind Ed Reed in the interception department.

Reed and Dawkins were very different players. Reed was a ball hawk, and one of the best to ever play the game, but he wasn't exactly a force in the box. Still, his ability to make plays was nearly unparalleled. If you think Reed was better, you'll get no argument here. We'll leave him out of this.

Polamalu did shampoo commercials, Lynch is a broadcaster, and Harrison is a color analyst for NBC. Dawkins recently got his feet wet in that game, appearing occasionally on ESPN, but there's an argument to be made that he is not as recognizable nationally as those other three former players. It's also noteworthy that all three played for teams that won the Super Bowl. (Be sure to note deliberate phrasing of that last sentence). However, make no mistake whatsoever -- none of them were as good as Dawkins, and really, it's not even all that close.

Brian Dawkins is a "no doubt about it" Hall of Famer. It's only a matter of when he gets in, and he should get in before every single one of the safeties above.

Oh, and Donovan McNabb will be eligible too.