Brian Dawkins is impressed with the Eagles' defensive line 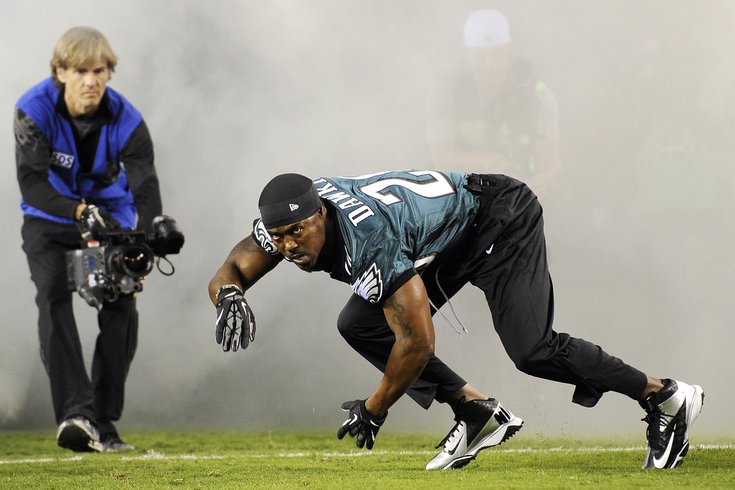 The Eagles' defensive line has simply been tremendous this season, led by sure-fire All-Pro DE Fletcher Cox and NT Bennie Logan. Opposing offenses, save for a few moments in Washington, have not been able to run on the Eagles' defense all season, and former Eagles great Brian Dawkins is impressed.

"That defensive line is playing, bro. The D line is playing. They are hunting up front," said Dawkins. "I think they're kind of getting into the groove of who they are, and what they can be. That's what you want to do with any good quarterback or receiver. If you can stop the run with those guys up there, then that allows the secondary to play (back), and that's want you want. The defensive front, Cox and those guys, Graham setting that edge the way that he did in a couple of those situations, on fourth down setting the edge, you love that as a defender when your teammates can do that."

Here's the play Dawkins was referring to. Graham laughs at the fullback trying to block him, stays outside, wraps up Rashad Jennings, and slams him to the turf. Outstanding.

"It's so much fun to play against a team that you can limit, what'd they have 60 yards rushing, something like that? When you can limit them and make them one-dimensional, that's what you want."

The Giants had 81 rushing yards, Dawk, but point taken. Here is what the Eagles have done in the run game against each of their six opponents so far this season:

The Eagles' defensive line is the biggest reason the Eagles are competitive right now, and in the driver's seat in the NFC East.