Rep. Andrew Lewis last was in the Capitol on May 14; he was tested for the coronavirus May 18 and announced his positive results May 27 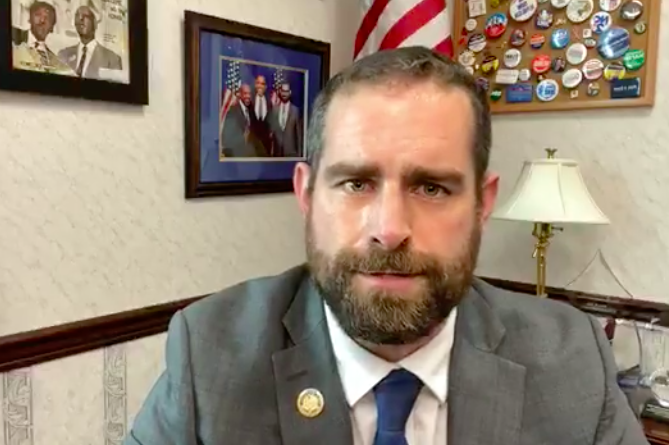 Pennsylvania Rep. Brian Sims has called for an investigation into Republican leaders in Harrisburg, claiming they covered up the COVID-19 diagnosis of Rep. Andrew Lewis by only telling their own party members of his positive test.

"While I understand their frustration and concern, a criminal investigation is not warranted based on our initial review. Capitol staff and state House members with concerns about COVID-19 contact tracing and exposure should contact the independent Chief Clerk of the state House and continue to follow the guidance of the Secretary of Health," Shapiro said in a statement. "It is critical that public officials lead by example and demonstrate common decency during this crisis by following public health guidelines and being transparent with their colleagues and the Department of Health. Failure to act with this decency puts others at risk and extends the period of time we must fight this pandemic."

Read the original story about Sims reaction to Lewis' diagnosis below

Democratic Pennsylvania state Rep. Brian Sims unleashed on Republican leadership Wednesday, accusing the party of covering up COVID-19 diagnosis of a lawmaker who continued to work at the capitol building in Harrisburg.

Sims, who represents the 182nd district in Philadelphia, released a 12-minute video detailing the accusations against GOP leaders after Rep. Andrew Lewis (R-Dauphin) announced Wednesday he had tested positive for COVID-19 on May 20.

SHOCKED! I never thought I’d see a day like this. I’ve never felt more disgusted with government. This is the link: https://t.co/eMqoNRbvqf

"I just spent the better part of 11 weeks sitting across the room from people who would eventually test positive (for COVID-19) and decided not to tell us," Sims said. He also revealed that in January, Sims had donated a kidney to person suffering from renal failure. The procedure means the lawmaker is immunocompromised and is more susceptible to serious complications from the coronavirus.

While some GOP legislators were quarantining and contact tracing, Sims said they did not inform Democrats in Harrisburg. He singled out Rep. Russ Diamond (R-Lebanon) for quarantining during the past week without telling colleagues across the aisle, even as he vociferously downplayed the seriousness of the COVID-19 crisis.

"Russ Diamond, apparently, many of you know as the person that has led the charge to open up the legislature, screaming every single day in committee about how we were safe and how there wasn't a risk, has apparently been quarantining himself for weeks. Of course he didn't explain that to any of us when he was in committee, talking with us or walking up and down the aisles, or bumping into us, or letting us hold the door open for him."

Sims pointed to Democratic colleagues who have children or family members who are immunocompromised, potentially putting them at greater risk.

"One of the (Republican) members put out a statement saying, 'I was looking out for my family,'" Sims said. "Well, you were exposing our families!"

Rep. Kevin Boyle, a Democrat representing the 172nd District in Northeast Philly and Montgomvery County, chairs a committee on which Lewis sits. Boyle on Wednesday called for the resignation of anyone who knew about this conduct.

"Whoever knew this in the Republican leadership and did not inform the broader membership and staff, they need to resign immediately," Boyle told Spotlight PA. "This is outrageous and immoral."

He added that many GOP legislators have declined to wear face masks while at the capitol.

"Absolutely anyone, from anywhere in the Capitol, who may have been exposed within those guidelines was notified," Straub said. "We followed data and science, implementing the guidelines from the CDC and Pennsylvania Department of Health, in line with exactly what Gov. Wolf requires from any business that wishes to operate."

Lewis, in a statement, also claimed he followed the guidelines and notified everyone he needed to about his COVID-19 diagnosis.

"We worked together and followed the Centers for Disease Control and Prevention's workplace exposure guidelines to determine exactly who I may have been in contact with, and who I may have possibly exposed to the virus," Lewis said. "I can confirm every member or staff member who met the criteria for exposure was immediately contacted and required to self-isolate for 14 days from their date of possible exposure."

"The hypocrisy of it is glaring, as they've been calling for weeks to lift the governor's mitigation efforts with no plan for how to ensure workers go back safely," Kenyatta said. "We aren't even safe where we work in the Pennsylvania state capitol."

Sims is calling for the resignation of Pennsylvania Speaker of the House Mike Turzai and any other Republican leaders who were aware of positive COVID-19 tests and did not notify all colleagues who were potentially exposed.