Building collapses at Fifth and Race in Old City 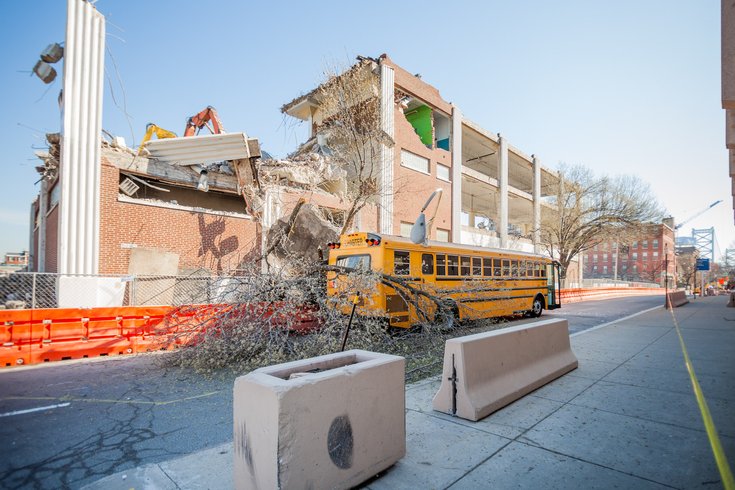 The scene of a building collapse at 5th and Race Streets in Philadelphia, Thursday, March 17, 2016.

UPDATE: Shortly after 4 p.m., Philadelphia police announced the 400 block of Race Street had reopened to traffic. The street had been closed since about 9 a.m. when a portion of a building being demolished on the northeast corner of Fifth and Race streets collapsed and debris struck a passing school bus.

A portion of an Old City building at Fifth and Race streets that is being demolished collapsed Thursday morning, causing concrete debris to fall onto a passing school bus.

The structure, the last Whitman Chocolates building in Philadelphia, is located across the street from the United States Mint. The site is under development and the vacant building has been partially demolished.

The collapse was reported by Philadelphia police officers on patrol who saw the cloud of dust, Philadelphia Police Lt. John Wood said, and they called in the incident at about 9:07 a.m.

A large chunk of debris fell off the building's Race Street side, onto a tree and street light, and then onto a school bus. The tree and the street light also collapsed onto the bus.

Police at the scene said only the driver, Spencer Reynolds, of Harleysville, Montgomery County, was in the bus at the time of the incident. Wood said Reynolds had just dropped off a group of fifth-grade students on a field trip to the National Constitution Center, located across the street from the collapse, and was driving east on Race Street when the bus was struck.

Reynolds said he was "at the wrong place at the wrong time" and described pieces of building about the size of a football hitting his vehicle.

The driver walked away from the incident unharmed and there were no other reports of injuries..

The 400 block of Race Street is expected to be closed to traffic for a "significant" amount of time, Wood said. At 10:15 a.m., officials were waiting for PECO to come shut off the power supply to the street light.

Police have since reopened all roads in the area.

The site is being redeveloped as a condominium complex. 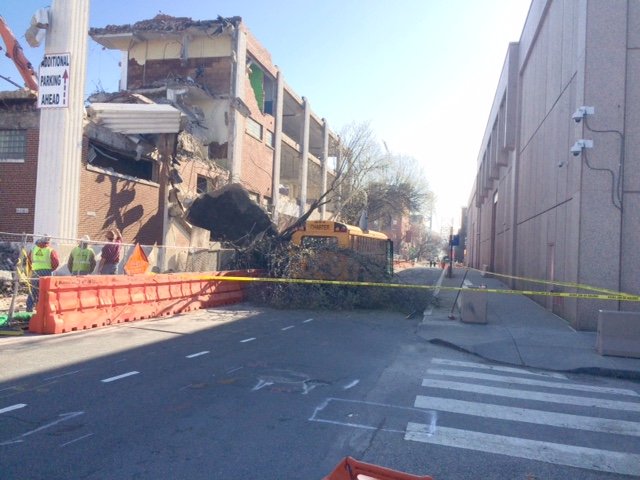 Photo from the scene of a building collapse at 5th and Race streets.

Photo of the scene of a building collapse at 5th and Race streets. 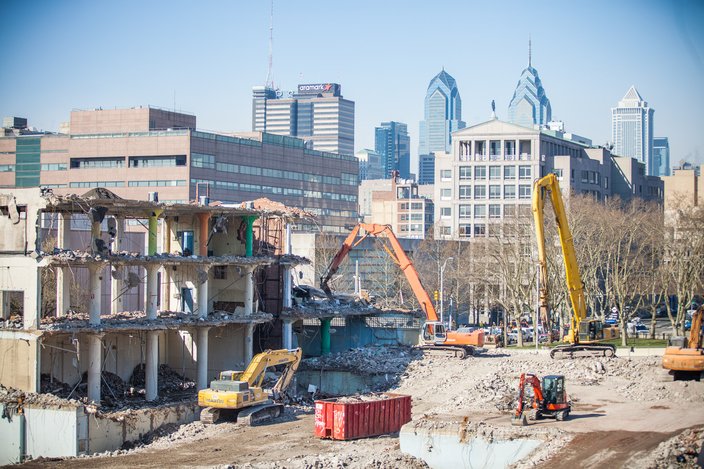 The scene of a building collapse at 5th and Race Streets in Philadelphia, Thursday, March 17, 2016. 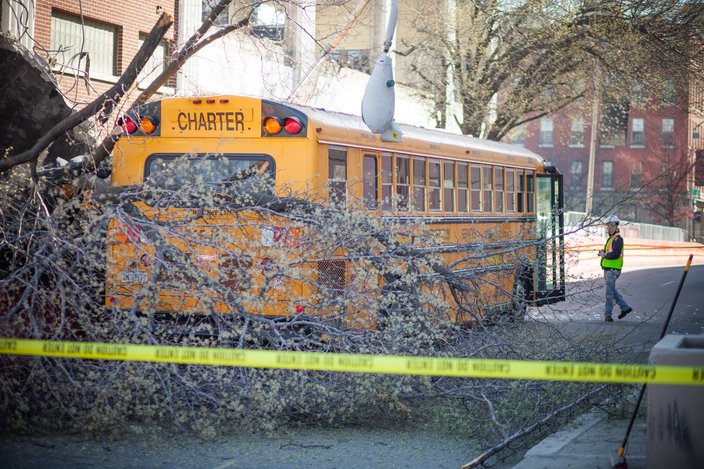 An OSHA employee takes photographs at the scene of a building collapse at 5th and Race Streets in Philadelphia, Thursday, March 17, 2016.