Expert tips for keeping your kids safe at the bus stop

In light of multiple injuries and fatalities this week, here's some helpful advice to avoid tragedy 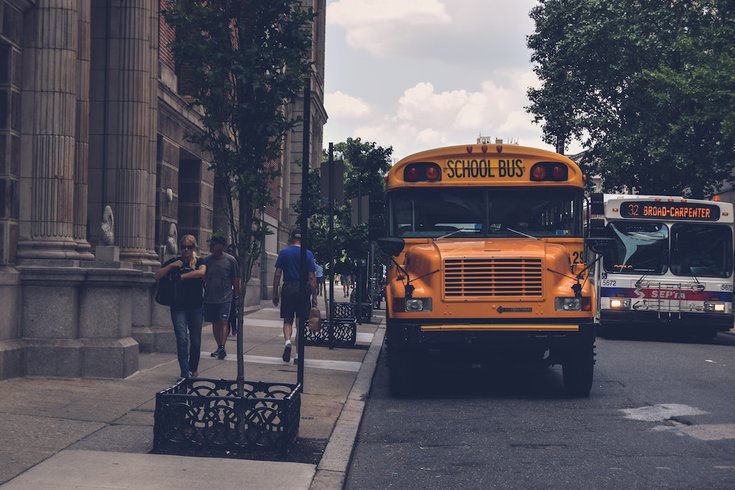 Tips from the National Safety Council for keeping kids safe at bus stops.

The news this week has featured a very specific kind of tragedy that has occurred multiple times: students being struck and injured or killed while waiting at school bus stops.

Such incidents were reported five times in three days this week all over the United States – from Indiana to Florida to Pennsylvania.

At a school bus stop in Tampa, Florida, seven people — two adults and five children — were struck by a driver, reportedly driving at a high rate of speed, resulting in two serious injuries, but no fatalities have been reported. The driver did not flee the scene, CNN reported.

In Fulton County, Indiana, four students were hit while waiting to board their bus, resulting in three fatalities. The driver is reportedly cooperating, but police say the bus arm was out when the incident occurred, WRTV reported.

In Tupelo, Mississippi, a nine-year-old boy was struck and killed by a truck while crossing a street to board the bus, CBS News reported.

In Central Pennsylvania, a boy was found dead at his bus stop, after he was reportedly run over at a slow speed and the driver allegedly fled, WJAC reported.

And in Tallahassee, Florida, a boy was struck and injured while crossing the street to board his school bus. The driver reportedly did not see the bus’s flashing lights, the Tallahassee Democrat reported.

With so many incidents in such a short amount of time, it makes you wonder what is going on. Are people just not paying attention? Perhaps. But more importantly, how can we ensure that such a terrible tragedy doesn’t happen to our kids?

Maureen Vogel, a National Safety Council spokesperson, provided some helpful tips for keeping children safe at bus stops. But first, Vogel notes that school buses are still the safest way to get kids to school — it’s safer than you driving them, them walking or riding with a teenage driver. The ride is safe, Vogel assures. It’s the wait that’s iffy.

• If possible, wait with your child.
• Tell them to take five giant steps away from the road – you want a good six feet between your child and an active roadway.
• Advise your child to make eye contact with the driver if they need to cross in front of the bus or traffic, while giving a 10-foot gap between the child and the car or bus.
• Use a crosswalk when possible, however Vogel understands that crosswalks are not always present in rural areas.


Vogel also has some tips, or notes you could call them, for drivers as well:

• A bus' stop arms and flashing lights are not a suggestion. While law differs from state to state as to who has to stop when the lights are flashing and the arm is up, proceeding with caution is the baseline.
• Drivers are indebted to the people they’re sharing the road with, it’s up to them to make safe decisions.
• With daylight savings beginning this weekend, drowsy driving becomes an increased issue. Drivers need to be more vigilant on the road as well as for kids who may be waiting for their bus in the dark.


The National Safety Council has tons of safety information on its website regarding tips for a safe bus ride as well as statistics on school bus crashes — which the National Highway Traffic Safety Administration defines as “a crash in which a vehicle, regardless of body design, used as a school bus is directly or indirectly involved. This includes incidents involving school children getting in or out of a vehicle.”